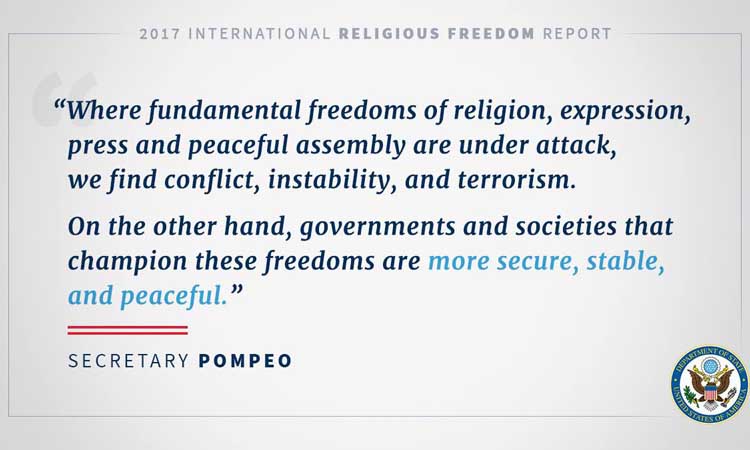 The Department of State submits this annual report to the Congress in compliance with section 102(b) of the International Religious Freedom Act of 1998 (P.L. 105-292), as amended. This report covers the period between January 1 and December 31, 2017.