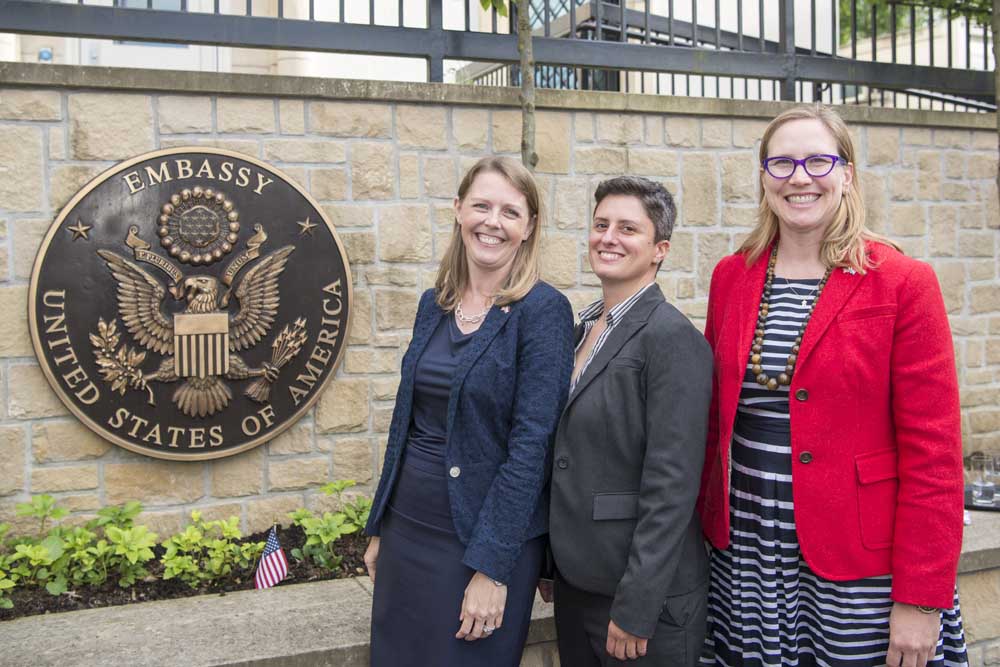 On June 29th, the U.S. Embassy in Luxembourg held its yearly Independence Day Celebration.This year’s celebration was themed “100 Years of Jazz” and was a huge success as more than 220 people attended and celebrated the 241st anniversary of U.S. Independence.

The new Chargé d’Affaires Kerri Hannan warmly welcomed all the guests and in her address, she highlighted the strong relationship between the United States and Luxembourg.

The celebration included American treats such a mini-hamburgers, ice cream and American craft beer, as well as, a live Jazz band.

Guests left the embassy with a gift that encompassed the ‘100 Years of Jazz’ theme.