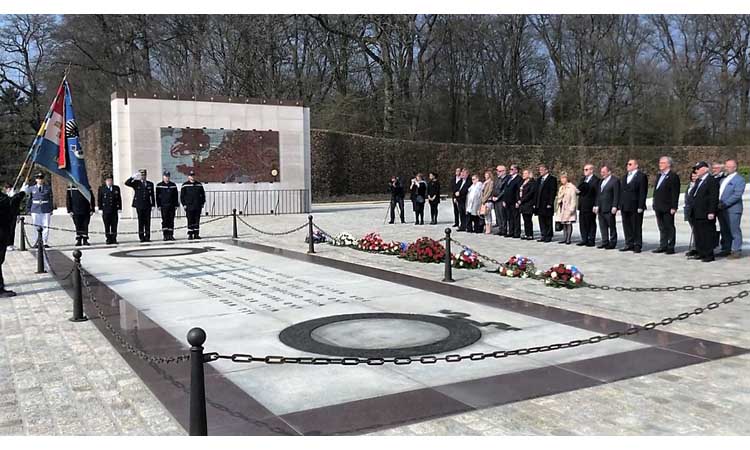 This year’s ceremony included the President of the Chamber of Deputies, Fernand Etgen, official representatives to the Council of Aldermen of the cities of Luxembourg and Ettelbrück, Ms. Colette Mart and Mr. Pascal Nicolay, as well as, numerous representatives of other local and national commemorative societies and civic organizations .

After a solemn mass at the Parish church of Hamm, a reception was held at Hamm’s community center where Ambassador Evans gave brief remarks and reminded the audience that in the context of the 75th anniversary of the liberation of Luxembourg and the Battle of the Bulge this year: “The U.S. Embassy, like so many of our friends here in Luxembourg will continue efforts to commemorate the heroic deeds of the past and the greatest of sacrifices that purchased the liberty and freedom we enjoy today. We join with all of those who honor the past while always looking to towards a bright future.”

Pictures to the 74th Commemoration day can be found at here