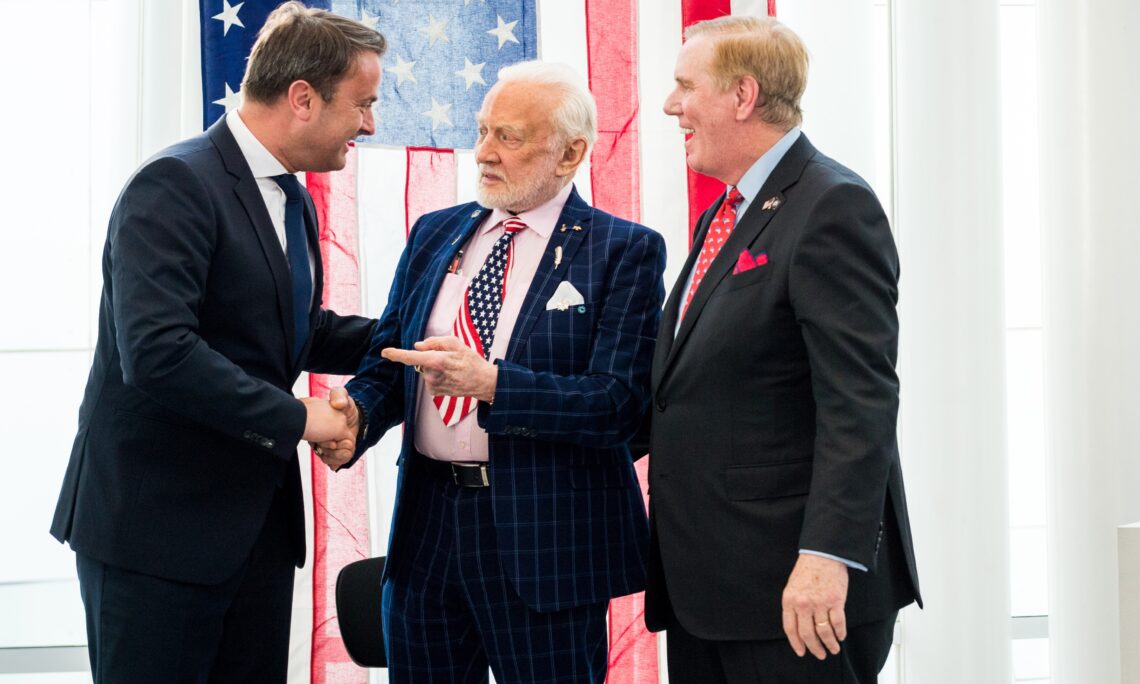 Saturday May 30, 2020 was a historic moment in the era of space flight as a team of astronauts launched from the United States for the first time in nearly a decade, reinvigorating the idea of manned space travel for people the world over.  This project exemplifies the promise for the future of space travel and underscores the vast potential of private-public partnerships to expand our horizons into outer space.  Ambassador Evans offered his warmest congratulations to SpaceX, NASA, and the entire Crew Dragon team for the successful launch and docking of their mission to the International Space Station.

The United States and Luxembourg have made incredible progress together in the space sector over the past two years, including the signing of the Memorandum of Understanding between the U.S. and Luxembourg with Commerce Secretary Wilbur Ross, the creation of the space security working group, and the Joint Statement of Intent signed by NASA Administrator James Bridenstine and LSA Chief Executive Officer Dr. Marc Serres.  Not to mention a visit by Buzz Aldrin, the second man to ever step foot on the moon, to commemorate the 50th Anniversary of that historic event in Luxembourg!

Recent weeks have seen the continuation of space cooperation activities between the United States and Luxembourg, including during the COVID-19 lockdown.  Before the lockdown was lifted, negotiations continued on a number of space initiatives.

More recently, Ambassador Evans met with Mario Grotz, head of Space, Innovation and Research at the Luxembourg Ministry of the Economy, as well as Pete Worden and Georges Schmit, members of the Space Resources.lu Advisory Board, to discuss some of the people, companies, and projects in the pipeline.  All permit Luxembourg and the United States to continue to deepen and broaden our space relationship, including the increasingly important role of space resources utilization.

“Recent progress and meetings have confirmed that in spite of the COVID-19 lockdown, both the U.S. and Luxembourg have continued to work hard and make progress based on the groundwork the MoU on space between our two countries signed a little more than a year ago.  As we continue to look to the stars, the Grand Duchy of Luxembourg, the United States of America, and many private companies around the world have come together to deliver on dreams for a better and better future for all.  Last Saturday was one of those dreams come true.” stated Ambassador Evans.