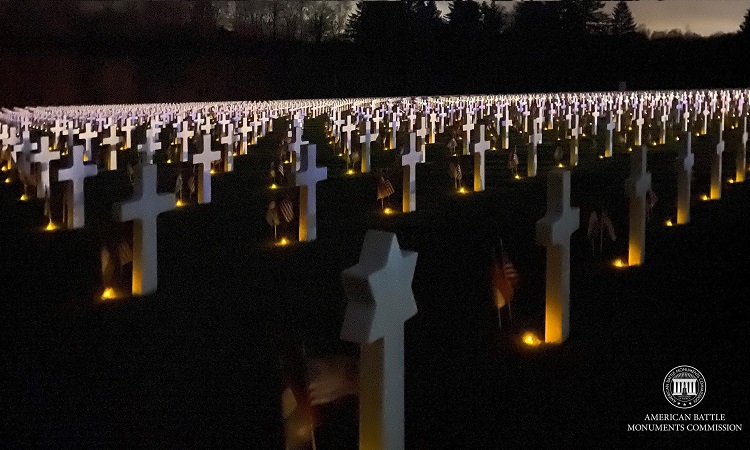 As dusk fell on the Luxembourg American Cemetery December 13, 2019, each headstone lit up with a candle. It was a powerful remembrance of all those that made the ultimate sacrifice for our freedom. Ambassador Evans, MG (Ret) William Matz, Secretary of the American Battle Monuments Commision, Ms. Lydie Polfer, Mayor of Luxembourg City, and Mr. Richard Davis, Son of PFC Reed Davis, 26th Infantry Division joined with an amazing crowd to share in this moment put together by the American Battle Monuments Commission. We look forward to all the great 75th Battle of the Bulge ceremonies this weekend.