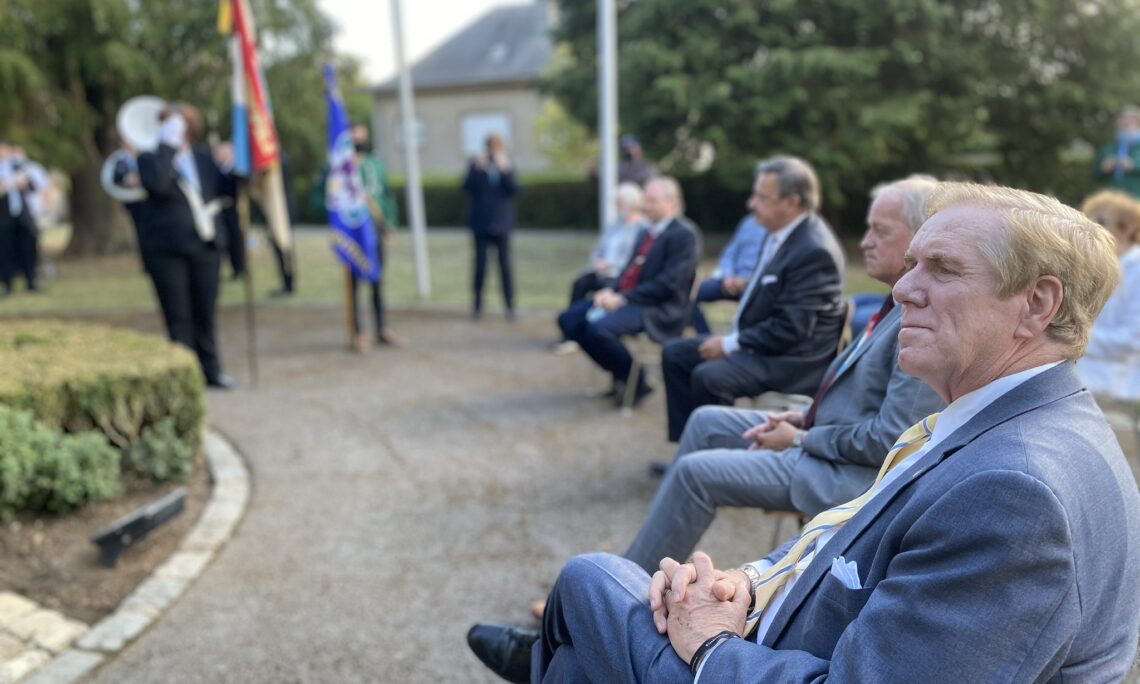 “Moving and powerful ceremony to commemorate the anniversary of the liberation of Pétange. Beautiful tribute to all those that helped to free Luxembourg and show our gratitude for all they sacrificed.” -Amb. Evans

September 9th was the anniversary of the first allied conflict with Nazi forces in the liberation of Luxembourg and marks the death of the first American GI – Hyman Josefson – in the defense of the Grand Duchy. Last year, Grand Duke Henri and Josefson’s family was on hand to rename the town square in honor of his sacrifice. The commemoration to the Liberation of Pétange traditionally kicks off Luxembourg’s WWII commemoration season and Ambassador Evans was honored to attend this memorial with Mayor Mellina and the people of Pétange to pay tribute to all those that fought to free Luxembourg and defeat tyranny.