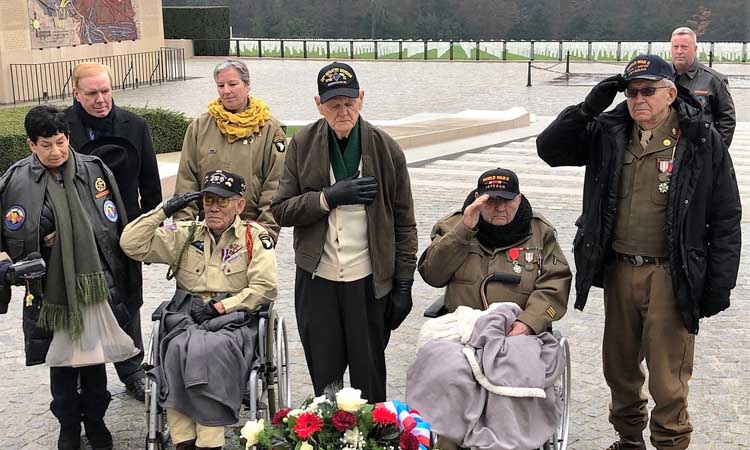 The veterans returned to the ABMC Luxembourg American Cemetery in Hamm. The organization U.S. Veterans Friends Luxembourg conducted a wreath laying ceremony at the cemetery’s chapel, after which all the veterans were presented with the U.S. Veterans Friends medal of honor. Ambassador Evans thanked the veterans for their service and reminded everyone that we should never forget the sacrifices made by these four brave men, nor the ultimate sacrifice made by the 5000 and more soldiers who are buried on the sacred grounds of the Luxembourg American Cemetery in Hamm.