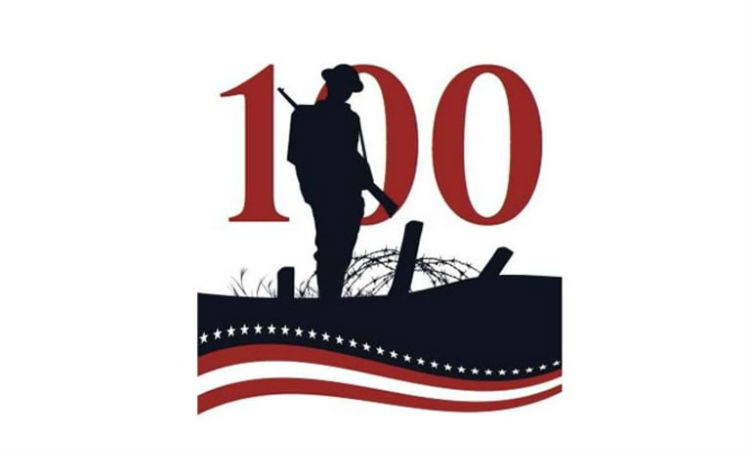 “Armistice Day: Why it matters on its 100th Anniversary”

U.S. Ambassador to the Grand Duchy of Luxembourg

These transitions over time are not without consequence.  The carnages of war are always tragic and difficult to understand. But, once separated by time from personal or shared experiences to those of recorded history, the intangible consequences of events, especially war, risk being lost forever.

Against that backdrop, Luxembourg, the United States and the world approach the 100th anniversary of the end of World War I – Armistice Day or Remembrance Day.  In many ways, it is an ‘historical bridge moment’ – the last meaningful opportunity for the generations who knew and lived war – directly, or derivatively – to speak as eye witnesses to such tragic events.

Long ago, before the technologies of today, stories of days gone by lived on as generation after generation passed them along.  Within those life stories, lessons of life and survival, as well as, values and virtues were etched into the memories and character of each succeeding generation.

The number of people living today who can recount firsthand the life experiences of the war generations of yesterday are rapidly dwindling.  More telling, the willingness of new generations to hear those stories has dwindled as well.  No movie or book can capture the painful silence of a soldier or victim of war describing the real-life consequences of armed conflict.

As many of the last survivors of World War II now pass, the memories and lessons from the much earlier First World War have almost become relics, largely relegated to history books and movies.  And, the distance from these pivotal times in history will only increase as more notable moments come and go.

Next year, the world will celebrate the 75th anniversary of the Battle of the Bulge and the 50th anniversary of man’s landing on the moon.  And, if not forced by disciplined resolve, they too will slowly slip over the historical horizon losing the meaningful context in which they occurred.

During his National Day speech earlier this year, Prime Minister Xavier Bettel spoke eloquently about the need to listen to those with a personal connection to the past when he said:

“In a time when extremism in the world has not disappeared yet, but in different countries, is growing stronger, we need the voice of those who can look further back than us. My generation has never experienced war in our regions; we have never become victims of exclusion and oppression.

We also never had to worry that our freedom is in danger, and that everything that is important to us can be lost. We are missing therefore the part of consciousness for what can happen when one lets unchecked those forces that can push a wedge between people.

We should listen more and take time for our parents and grandparents; we must take time to learn, to take something with us of this knowledge, that we cannot come by on our own.”

The rich history of Luxembourg and the experiences (and lifespan) of Luxembourgers makes that especially important point now – at this moment in time.

Indeed, as the United States’ Ambassador to the Grand Duchy of Luxembourg, I have been struck by the number of people who are willing to share their stories with me regarding both World War I and World War II; the places around the Grand Duchy that were central to so many historical moments; and, the grace and dignity of those who share why these things matter so much.

With such riches of context, what better time could there be than the one hundredth anniversary of Armistice Day or Remembrance Day to do that; to seek out the real stories and crucial lessons of the past.

In recognizing and commemorating the liberation of Luxembourg, the end to a world war, the restoration of freedom and liberty as the precepts of the future, we all have an especially important opportunity to hear the who, why, how, and for what, of the past because their lessons should never be left in the past, but used as guides to our common future.

Candidly, some recent events would suggest that understanding the causes, costs, and cures for World War One have never been more important than now.

But, it does not stop there.  Re-connecting with generations that fought and preserved life, liberty and freedom is an important thing to do.  Finding their footsteps, learning their individual stories, and bearing proudly their individual successes over the fear of death and the challenges of life are manifestly important for each of us.

History does not have to repeat itself.  Eighteen years into this new millennium without a world war is a good start.  It is a testimony to the value of the many reminders of the generations that witnessed war during the first half of the last century that war should always be the last option.

Now, for the generations to come, today’s generation must be that witnessing voice.  To be credible, that voice must be grounded in things that no computer or video can replace: personal connections created with our own senses: seeing the places with our own eyes; hearing the stories from those who know them; touching the memorials to the fallen; tasting the air of the battlefields; and smelling the ruins of the camps.

It still matters!  In fact, at this moment in history, it matters more than before.  On this Armistice Day, take the time to show it.  It will only come once and now it is here.

U.S. Embassy, Luxembourg – “Reflecting on the Past While Looking to the Future”