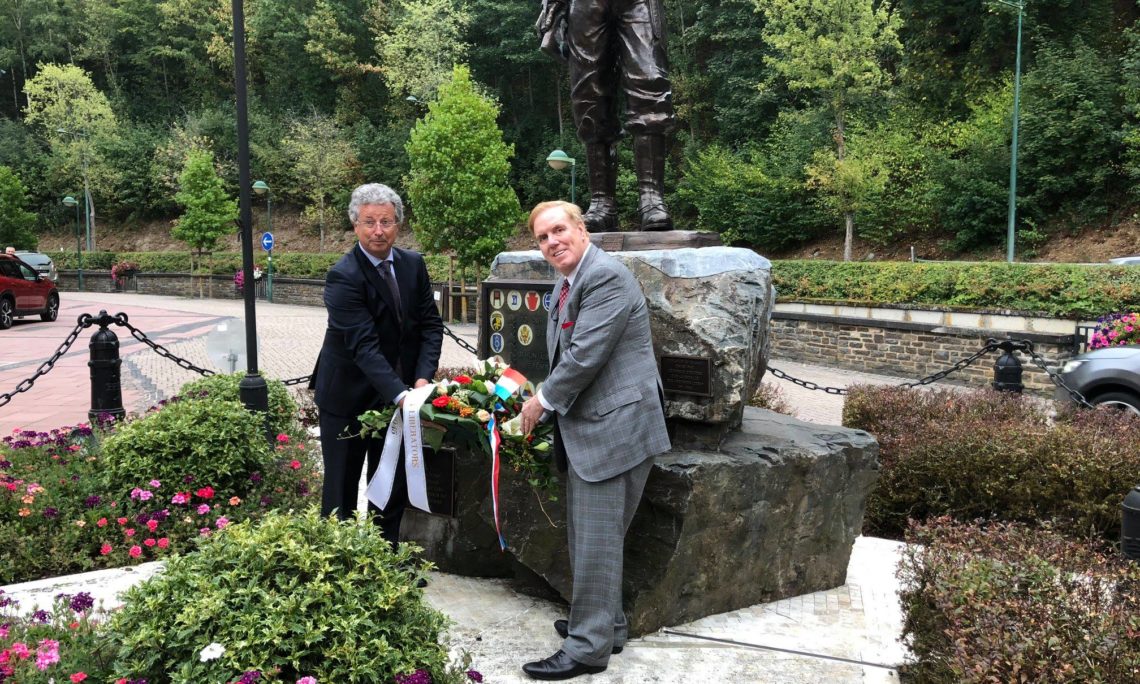 Ambassador Evans: “sacrifice remembered helps us to avoid the mistakes of the past…Luxembourg is a great ally and great friend and one that we will always count on.”

Today Ambassador Randy Evans visited the village of Clervaux in northern Luxembourg. The Ambassador was met by the Mayor of Clervaux and Member of Parliament, Mr. Emile Eicher, along with the President and Secretary General of CEBA, Mr. Erny Kohn and Mr. Tom Scholtes. In addition to learning about the crucial role that Clervaux played in the historic Battle of the Bulge, the Ambassador also toured Luxembourg-American Edward Steichen’s world famous photographic exhibition, “The Family of Man” which is permanently installed in the Castle of Clervaux. The visit concluded with a ceremonial wreath laying at the G.I. Memorial to all the U.S. soldiers and units who fought to liberate Luxembourg.