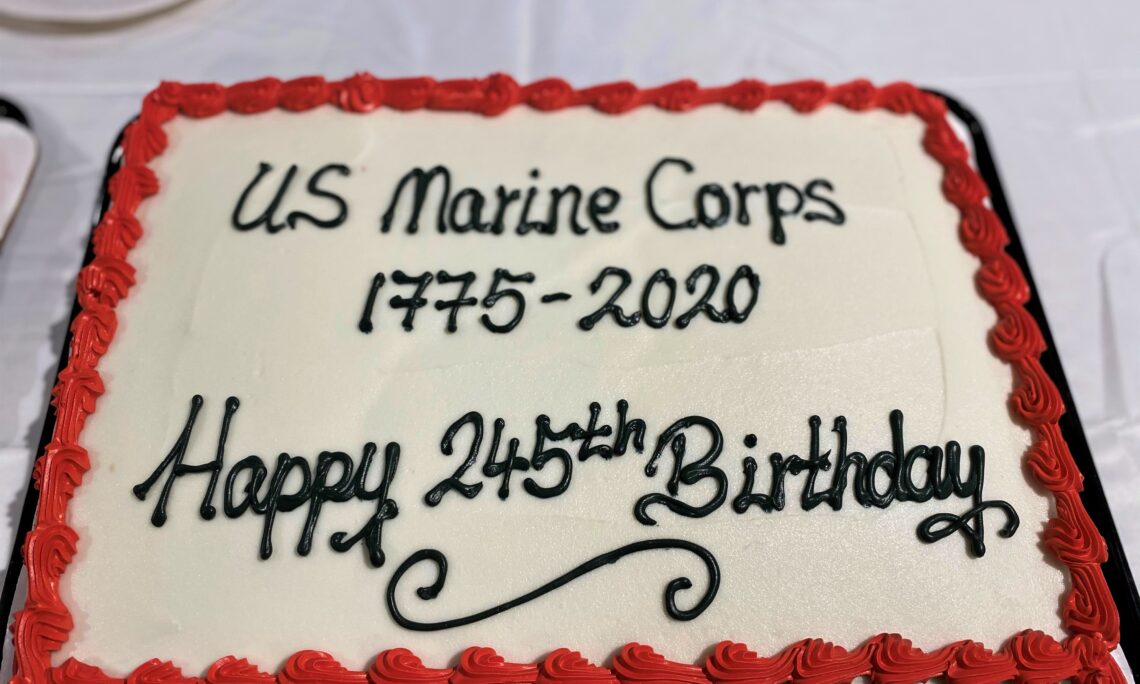 In 1775, the Second Continental Congress established the Continental Marines to provide additional security and support for the Continental Navy.  The Marines performed gallantly during the Revolutionary War, but were disbanded by Congress following the war due to fiscal constraints.  On July 11, 1798, Congress ordered the re-establishment of a Marine Corps, and from that day until the present, Marines have served with distinction all around the world.

Since 1921, Marines worldwide have celebrated the U.S. Marine Corps birthday with parades, formal gatherings, and cake-cuttings no matter the circumstance. This year, to celebrate the 245th birthday of the U.S. Marine Corps at U.S. Embassy Luxembourg, the Marine Security Guard Detachment hosted a cake-cutting ceremony.  Ambassador Evans wished the Marines a happy birthday and thanked the Embassy’s Detachment for their service, sacrifice and daily embodiment of the Marine Corps’ official motto since 1883:  “Semper Fidelis.”  “Semper Fi,” for short, means “always faithful” in Latin, and it signifies a Marine’s loyalty to the mission, to the Corps and to the country.