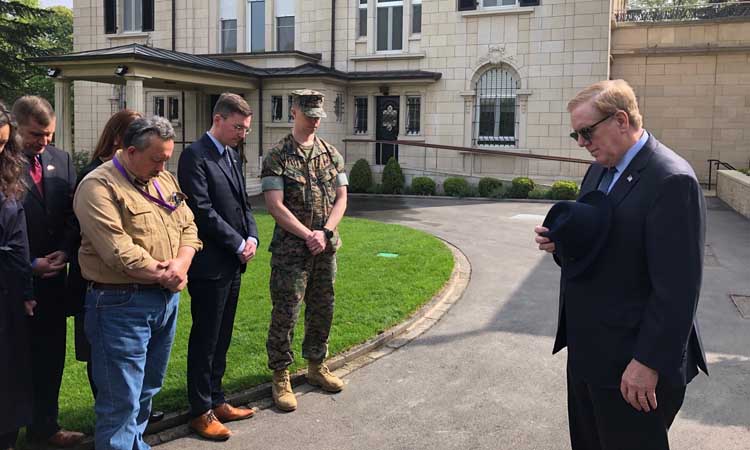 Today, together with U.S. Ambassador Randy Evans, the Embassy staff gathered for a moment of silence under the U.S. flag flown at half-mast, honoring HRH Grand Duke Jean and joining the people of Luxembourg in this period of national mourning.

“Thank you for taking a moment to honor someone who deserves and earned our respect – as well as the respect of the world.”

“Grand Duke Jean was one of those leaders who did not just simply accept a position of leadership, influence and power as a given. When the time came and when his country was in danger, he suited up, he went into battle, he faced the odds, he faced the risk of death. He came back, he led a country back to the point where it could be among the leading countries of the world.”

“We take this moment as a moment of silence to honor his wonderful contributions — not just for his country and not just for Europe but for the entire world.”

Photos and a short video of this morning’s ceremony can be viewed on the Embassy’s social media platforms and website.