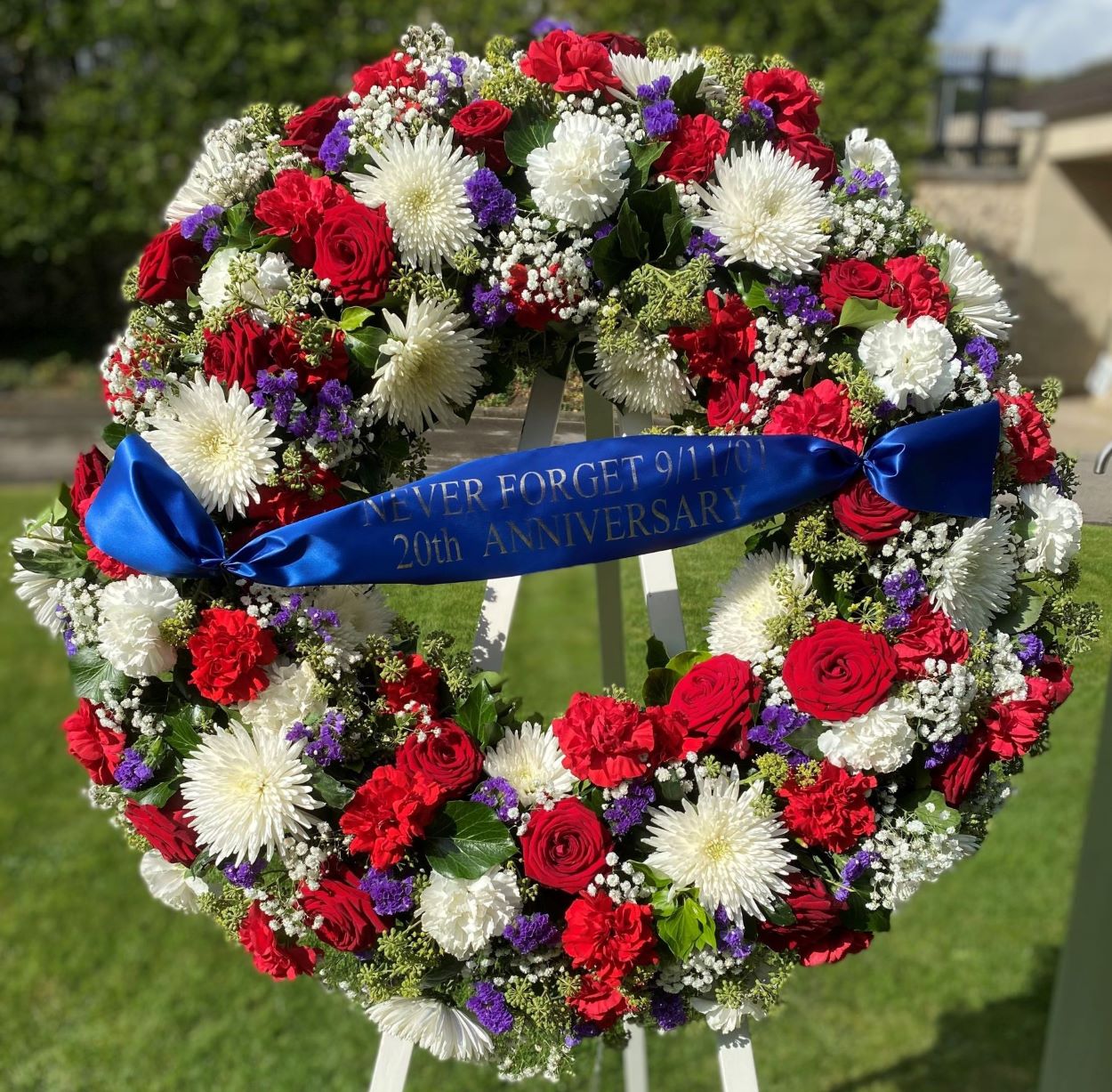 Chargé d’Affaires Casey Mace hosted a commemoration of the 20th anniversary of September 11th at the United States Embassy in Luxembourg.

On this day, the United States and its citizens mourn the nearly 3,000 men and women who lost their lives in the senseless terrorist attacks on September 11, 2001 in New York City; Arlington, Virginia; and Shanksville, Pennsylvania, recognize the heroic first responders who lost their lives to save others, and recall the unity, courage, and resolve demonstrated by our country and its people in the face of that horrible tragedy.

President of the Chamber of Deputies Fernand Etgen; Deputy Prime Minister, Minister of Defense Francois Bausch, and Chargé Mace gave remarks, and were joined by U.S. Army Colonel Edward Dupont, Mrs. Anne Mace, and Mrs. Catie Dupont in presenting a wreath, followed by a moment of silence and taps.  The audience included representatives from Luxembourg’s first responder and military community as well as U.S. Embassy staff, families, and Marine Guard.

Chargé Mace’s remarks are below.

Remarks by U.S. Embassy Luxembourg Chargé d’Affaires Mace at the Commemoration of the 20th Anniversary of September 11

“Good morning.  Thank you all for coming together with us today -Minister Bausch, President Etgen, Colonel Dupont- and all of you from the Luxembourg law enforcement and first responder community, as well as our own embassy staff and families.

Today, we all come together for an important reason, to mark the 20th anniversary of the 9/11 attacks, and mourn the nearly 3,000 lives taken too soon.

Tuesday, September 11, 2001 was a day that changed all of our lives forever.

For all of us who lived through the horrific events of that day, we will never forget.

We will never forget where we were when we heard the news.

We will never forget those images, the feelings of loss, fear, even anger, that something very fundamental had changed.

We will never forget those in the Twin Towers, the Pentagon, and Shanksville who lost their lives in a senseless act of terrorism and the heroic first responders who gave their lives trying to save others.

We honor their lives and their memory on this solemn occasion -and mourn what we all lost on that terrible day.

We will also remember that what took place next was more remarkable than the damage inflicted.

We will remember the countless selfless acts by thousands of brave policemen, firemen, nurses, doctors, soldiers, and volunteers who risked their own lives to save fellow citizens, colleagues, and strangers.

We will remember the amazing selflessness and generosity of Americans from around the world to donate money, clothing and shelter, and time, to care for the injured and those left behind, those who lost parents, those who lost brothers and sisters, and those who lost their children.

We will remember the support from allies, such as Luxembourg, which observed a week of national mourning as a sign of compassion and solidarity for the American people, flying Luxembourg flags at half mast, and holding a formal public session to pay tribute to the victims of the terrorist attacks.

Then Prime Minister Jean-Claude Juncker said at the time “we have two reasons for expressing our feeling of condolence towards our American friends and allies:  Luxembourg reasons – many American soldiers have fallen for us and our freedom, and continental reasons – the Americans have brought their aid to the European continent during World War II…the Luxembourg state is committed to active solidarity, and not rhetoric.”

Luxembourg made good on that commitment in joining with all of our NATO allies the day after the attack.  NATO invoked its solemn commitment to come to the defense of a member under attack.

Luxembourg deployed no fewer than 49 rotations of soldiers to missions in Afghanistan. Over 330 men and women bearing the Luxembourg coat of arms fought alongside American and allied forces in defense of our freedoms.

We remain grateful to Luxembourg, for standing with us at our most difficult moment 20 years ago, and in all the years since. Our commitment to you remains just as unshakable.

We remember today, too, all the men and women that have died in service of these missions, including the 13 U.S. marines that perished in the terrorist attack on the Hamad Karzai International Airport, which also claimed the lives of 170 civilians.

Today we mourn the loss of life on 9/11 and the ensuing years, remember the special gift each of those lives were to loved ones and a grateful country, and hold dear our enduring and shared values that terrorists will never extinguish.