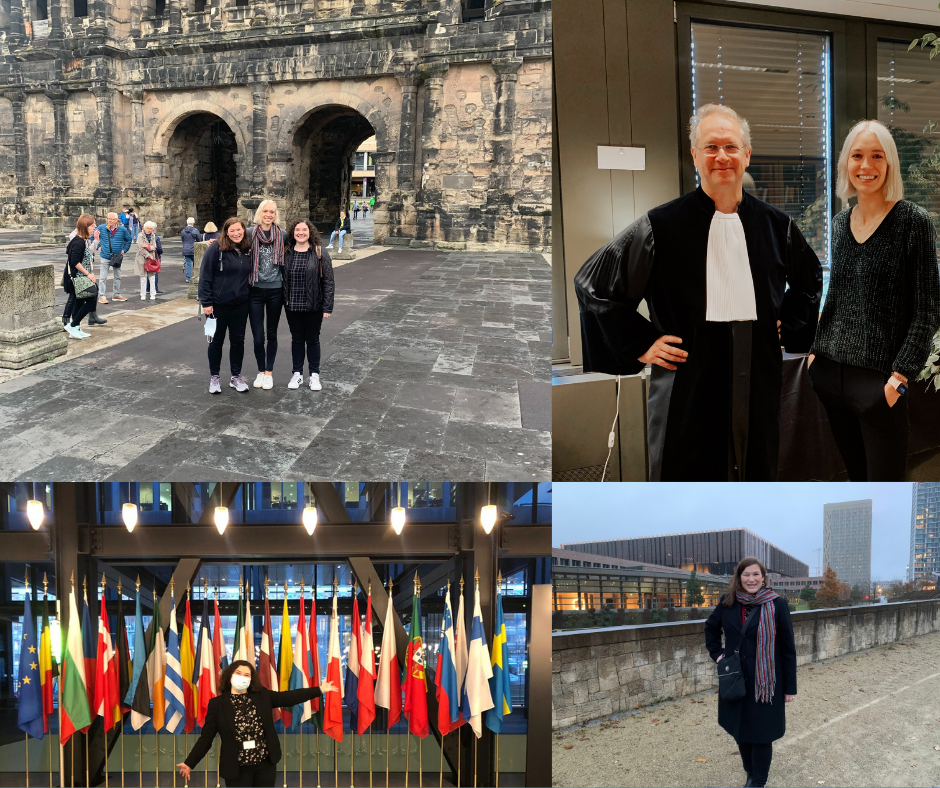 Every year, U.S. Embassy Luxembourg offers a one-of-a-kind opportunity for American lawyers and recent law school graduates to take part in a clerkship with the European Court of Justice (ECJ), which resides in Luxembourg City. The Dean Acheson Legal Stage program began in 1996 under Ambassador Clay Constantinou, following a 1994 letter from the ECJ to then-Ambassador Ed Rowell, agreeing to host top young American lawyers for a period of training and exchange. It is currently the only opportunity for U.S. citizens to intern at the ECJ and over 80 American attorneys have participated in the program so far. The stage, or internship, has two potential sessions a year (March-May or October-December) where talented law graduates can clerk for a Judge of the Court of Justice, Advocate General of the Court of Justice, or Judge of the General Court. For over 25 years, the program has helped promote mutual understanding of the legal frameworks in the EU and U.S. while providing the unique opportunity to live and work in Luxembourg in an EU institution.

The Public Affairs Team at the U.S. Embassy in Luxembourg spoke with three recent Dean Acheson participants at the end of their internship, to hear first-hand about their experience in the program.

When I was young, I dreamed of working for a supra-national governmental organization, and while in law school, this dream morphed into working for a supra-national court. As time passed, I grew increasingly interested in antitrust law (competition law as it is known in the EU), spending as much time as I could on cases in that topic area. When I eventually found out the General Court at the Court of Justice adjudicates a number of important competition law cases, I immediately knew clerking at the General Court through the Dean Acheson Legal Stage program would be the perfect marriage of my interests. 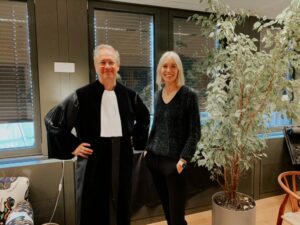 Caroline Black with Ulf Öberg, Judge at the General Court of the European Union.

This experience opened my eyes to the procedural processes of the EU’s Court of Justice (which are quite different from those of U.S. courts) and substantive European law. It also provided a window into how 27 diverse member-states can come together and work through (and benefit from) differences in culture, language, and legal tradition for the common goal of ensuring the integrity of EU law.
The biggest highlight of this experience was the opportunity to work with a judge and the members of his cabinet, who were all incredible mentors (and now friends). My judge made sure my work was substantive, interesting, and spanned both official court casework and external projects. One of the most exciting outcomes was seeing my judge pose questions that I had drafted to the parties during an oral hearing for a trademark case. My judge also facilitated the opportunity to interface with and present to other judges at the Court on issues related to the intersection of law and economics and on recent developments in U.S. antitrust law. I do not remember the last time I was so nervous yet excited for an event. This was especially the case when the floor was opened for questions, and I was peppered with challenging questions on the U.S. perspective on antitrust/competition law and how that compares to the EU’s.

My favorite part about Luxembourg is how cute and quaint, yet at the same time international, it is. While Luxembourg is small, picturesque, and possibly also the cleanest city I’ve ever visited, it is also home to a wide swath of people from an amazing variety of countries and backgrounds. I was very happy to meet a ton of interesting and cool people, including many local Luxembourgish people, who were all super nice!

I have always been fascinated by Europe and how the EU positioned itself as an institution that prioritizes individual rights, following the horrible violations of these rights that occurred during the 20th century. When I returned to law school after a career as a Professor of European History, I brought with me an interest to better understand the way the European Union works. I was lucky because at Duke Law School I was able to focus my studies on international and comparative law, looking at the way different legal systems function and interact. I jumped at the chance to gain an insider’s perspective on EU law, to use my French language skills, and to see a relatively “young” institution continuing the process of creating itself.

I appreciate how much thought and care goes into the judicial process at the Court and Tribunal. We were able to meet with several judges who were kind enough to offer us useful career advice. In addition to working on current cases before the Court and Tribunal, the judges take time to have their teams create jurisprudential notes about important topics that might come up in the future, and to teach law students and existing jurists about the way EU law works and how it interacts with the 27 national legal systems of the Member States. The team I worked with were warm, welcoming, and eager both to teach me about their system but also to learn about the US system. I also appreciated the opportunity to use my background in US law and human rights law to contribute to two jurisprudential notes on the right to life and LGBTQ rights under EU and international law. The most exciting moment, though, was when the referendaire supervising me and I were able to work on a case of first impression—a legal question the Tribunal had never before considered! It was exciting because this is how law is clarified and made through the courts.

I had spent a lot of time in Europe before this experience, but I had never visited Luxembourg. It is a beautiful country, filled with kind people and fantastic hiking opportunities. I had a memorable afternoon hiking in hills high above Luxembourg City with my judge, looking at wildflowers and enjoying the last of the fall sunshine. I also enjoyed getting to know my fellow trainees, both my fellow Americans and the several-dozen European law students and lawyers from all over the continent who worked in other judges’ chambers. It was illuminating to see so many people coming together with so many different languages, but also with a clear sense of unity.

I was fortunate enough to have the opportunity to study abroad in Spain for a year during my undergraduate studies. While there, I saw first-hand the amazing advantages that the EU brings to the citizens of its member countries. For example, I saw how friends from other EU countries were able to study in Spain without going through a visa process (EU Freedom of Movement). After this experience, I grew more curious about the system that enabled these amazing things to happen. I started learning more about the EU independently and eventually took an EU Law course in law school. My professor, a former Dean Acheson stagiaire, told us about this program and it seemed like the perfect opportunity to gain in-depth knowledge about EU law, to learn how a case proceeds through the judicial system, and to work with some of Europe’s best legal minds.

Luxembourg is truly a beautiful country! The sprawling fields and forests, the castles, and the colorful houses make it look like something out of a fairytale. The free public transportation provided by the government was also amazing, and really a great initiative, for so many reasons. Goodbye Luxembourg!

About the Author: Craig Ferguson is the Public Affairs Officer at U.S. Embassy Luxembourg. The Public Affairs Section (PAS) is responsible for press and public diplomacy activities at the embassy. They respond to media inquiries, conduct and support cultural programming, administer educational exchanges, and offer public affairs guidance to the Ambassador and other embassy officials. Learn more: https://lu.usembassy.gov.