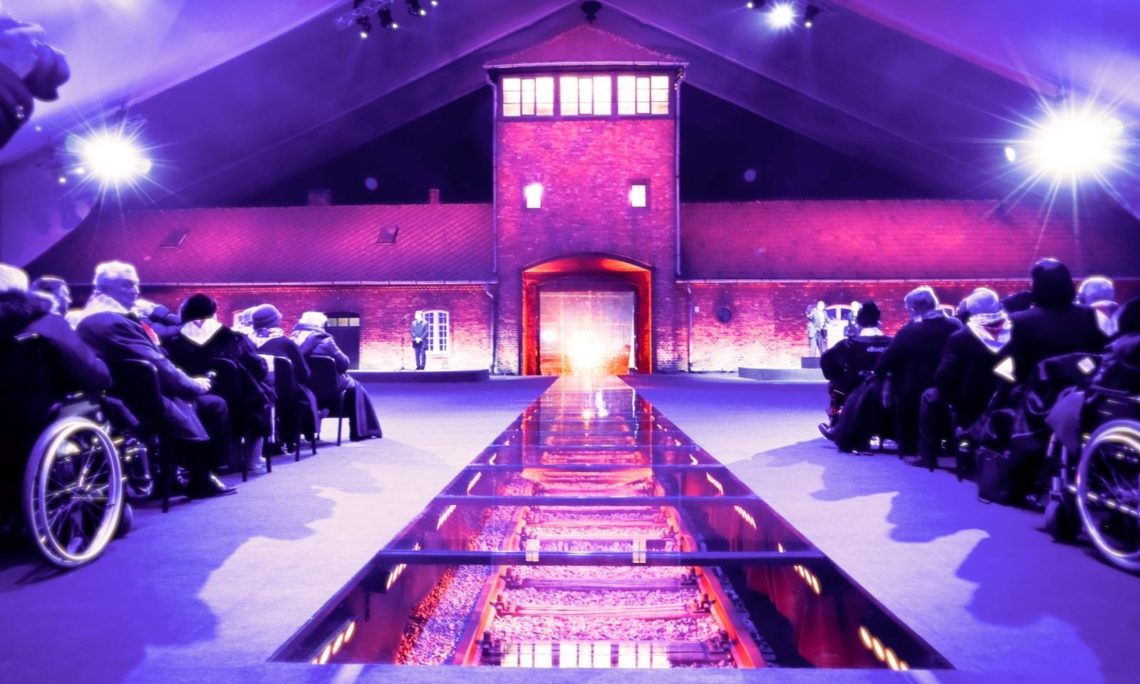 On January 27, 2020, the Embassy honored Holocaust Remembrance Day in Luxembourg and across Europe.

Ambassador Evans joined Treasury Secretary Steve Mnuchin and the Delegation, HRH Grand Duke Henri, and many other leaders and dignitaries from across the world to commemorate the 75th Anniversary of the Liberation of Auschwitz-Birkenau. The Ambassador and all those in attendance were moved by the stories of the Survivors in such a striking setting.

Deputy Chief of Mission Casey Mace traveled to Esch-sur-Alzette to attend the ceremony at the sight of the original synagogue in the village. The synagogue in Esch- sur-Alzette was destroyed during World War II and rebuilt by the strong Jewish community in the 1950s. The rain and wind did not stop the crowds from honoring the victims of the Holocaust at the outdoor ceremony. The crowd built at the beautiful, creative, and touching at the theater by Adrienne Haan. Ms. Haan impressively performed her original program Tehorah, Hebrew for “pure,” in German, Yiddish, and Hebrew.

Holocaust Remembrance Day was incredibly moving across the Embassy with beautiful programs and times for reflection.

For more information about the Delegation please see here: https://lu.usembassy.gov/u-s-delegation-to-attend-the-75th-anniversary-of-the-liberation-of-auschwitz/