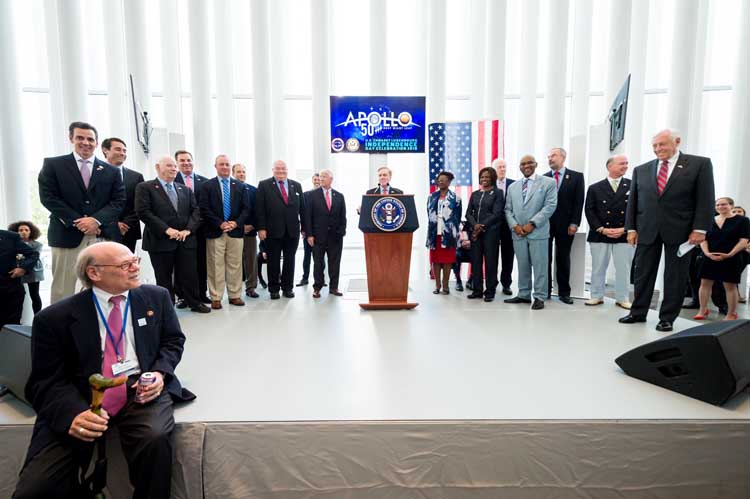 On July 3rd, the U.S. Embassy Luxembourg hosted the annual Independence Day Celebration centered around the 50th anniversary of Apollo 11 moon landing. Guests gathered at the Philharmonie to engage in Virtual Reality and observe a NASA moon rock and rover before listening to remarks from distinguished speakers such as guest of honor U.S. Apollo 11 Astronaut Buzz Aldrin, Prime Minister Xavier Bettel, U.S. Senator Roger Wicker and U.S. House of Representatives Majority Leader Steny Hoyer for the Congressional Delegation participating in the OSCE Parliamentary Assembly in Luxembourg.