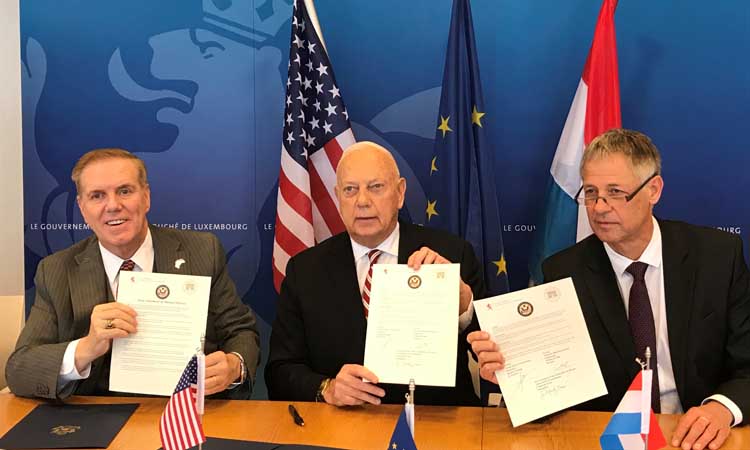 The Joint Statement of Mutual Interest continues further with a commitment to the future enhancement and enrichment of the cemetery. This includes training to ensure non-ABMC guides are well versed and informed as they take visitors through the cemetery and enhanced transportation to the cemetery from across Luxembourg City. This statement serves as a platform from which the participants can continue and expand their joint efforts in support of the Luxembourg American Cemetery.