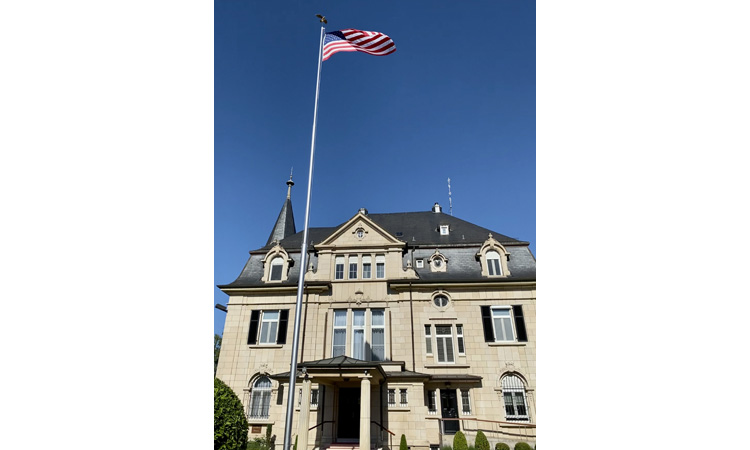 While the role of the United States of America on the world stage has certainly evolved over the last 244 years, the essence of what it represents has not.  Two documents define us.

First, is our Declaration of Independence, which declares with certainty that: “We hold these truths to be self-evident that all men are endowed by their Creator with certain unalienable rights, that among these are life, liberty, and the pursuit of happiness…”

Notice first the source of the recognition of these truths – ‘We.’  Then, notice these truths are ‘self-evident’ – requiring no governmental or political confirmation; they are self-evident with nothing more required.

The essence of who we are as Americans is that we accept as true that every person has the unalienable right to life, liberty, and the pursuit of happiness.  These rights do not originate or derive their existence from any government, monarch, religious leader, or governing political party.  They exist for ‘We’ Americans.

Second, is our Constitution, that starts with that same ‘We’ in its Preamble to set forth our purpose as follows: “We the People of the United States, in order to form a more perfect Union…”

Our Constitution does not start with ‘we are perfect.’ As we recognized from the start, and history has documented, we are far from perfect.

Throughout our history, we have had and continue to have our bumps and bruises in our quest for a more perfect Union.  Indeed, as the world itself can attest, our imperfections are always on complete display with the rights to free speech and peaceably protest.

But, make no mistake, perfection is our goal.

Of course, perfection, like greatness, is an ever-elusive goal, but one which nevertheless destines us to a restless but perpetual pursuit of something better than before, but always recognizing that we have yet to achieve that which we seek – perfection.

Not surprisingly, such an enshrined commitment to perfection by an entire nation of people means striving to be the best – not good, not better, and certainly not simply acceptable.  It is an integral a part of who we are – self-empowered women and men that have twice helped allies win World Wars, land a man on the moon, and make freedom an accepted fact under our social compact.

As a self-empowered free people, we fear even today the accumulation and concentration of power by any person, government, or group.  Of course, history is replete with examples of the atrocities that follow when any nation, group, or person accumulates such power.

Rather than rely on bullets to check such concentration of power, the United States Constitution substitutes ballots – expressions of political power by ‘We the People.’

Given its important role in our country, no one should be surprised that American elections can to outsiders seem warlike.

To the faint of heart, it can get ugly.  While this election year may be no different, ugly campaigns are always a better choice that deadly wars with real casualties rather than political ones.

And, when it is all over, we the people of the United States will move then forward toward the next election and then the next in our never-ending bid toward a more perfect union.

Our quest never ends, nor should it.  It is who we are – a free people, endowed by our Creator with certain unalienable rights – life, liberty, and the pursuit of happiness – rights we want for the world, but guaranteed for us.  Happy July 4th!