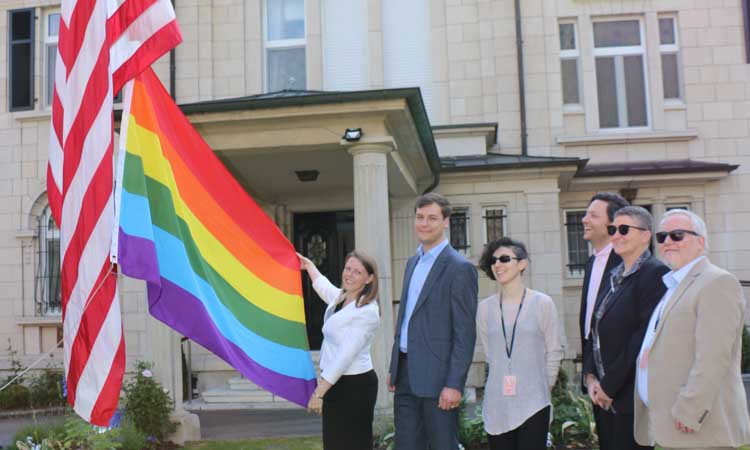 In honor of LGBTI June Pride Month, Chargé d’Affaires Kristi Roberts and a few special guests from the local LGBTI NGOs Rosa Lëtzebuerg and CIGALE (Centre d ’Information Gay et Lesbien) as well as the Jewish Community of Esch/Alzette gathered to raise the LGBTI Rainbow Flag on the Embassy’s flag pole. This is the third year in a row that Embassy Luxembourg has been flying the rainbow flag.

The month of June was chosen for LGBT Pride Month to commemorate the Stonewall riots, which occurred at the end of June 1969.