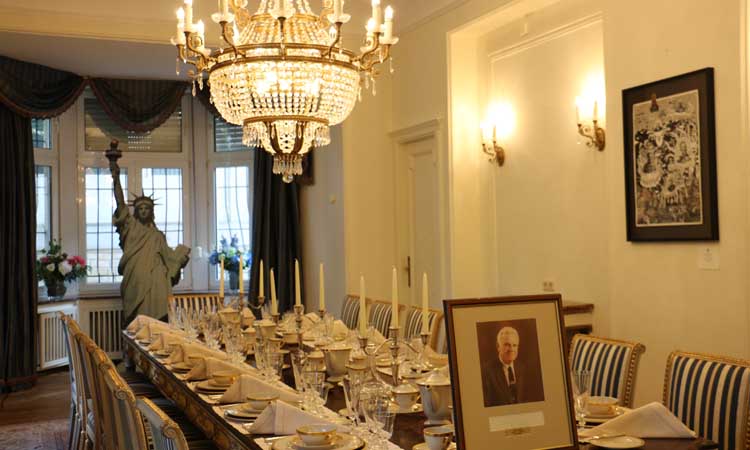 For the third year in a row, Embassy Luxembourg participated in the annual Heritage Days organized by the Luxembourg Administration des Service des Sites et Monuments in which historical monuments and buildings that are not otherwise opened may be viewed by the public.

The Embassy opened the Ambassador’s residence – also called the Chief of Mission Residence – and almost 200 visitors participated in the guided tours given by the Public Affairs Section.

This year’s theme of Heritage Days was “Personalities and Homes”. Guests were able to enjoy a presentation of the historical aspects of the building dating back to its construction in the 1920s, throughout the occupation during the Second World War, as well as a special focus on five U.S. Government representatives and Ambassadors who had lived in the residence: George Platt Waller, Perle Mesta, Patricia Roberts Harris, John E. Dolibois and James C. Hormel.