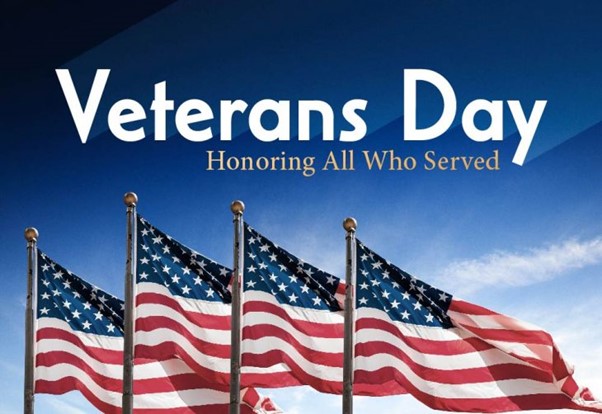 U.S. Chargé d’Affaires a.i. to Luxembourg, Mr. Casey Mace, is pleased to invite representatives of the Luxembourg media to the annual Veterans Day ceremony in Luxembourg.

The event is open to the public and will begin promptly at 11:00a.m.

Please note that in respect of the current Luxembourg COVID-19 guidelines for public gatherings, guests are required to wear masks throughout the event.  Please note this is not a CovidCheck event.

An Act approved May 13, 1938, made the 11th of November in each year a legal holiday—a day to be dedicated to the cause of world peace and to be thereafter celebrated and known as “Armistice Day.” Armistice Day was primarily a day set aside to honor veterans of World War I, but in 1954, after World War II had required the greatest mobilization of soldiers, sailors, Marines and airmen in all U.S. history; after American forces had fought aggression in Korea, the 83rd Congress, at the urging of the veterans service organizations, amended the Act of 1938 by striking out the word “Armistice” and inserting in its place the word “Veterans.” With the approval of this legislation (Public Law 380) on June 1, 1954, November 11th became a day to honor American veterans of all wars.