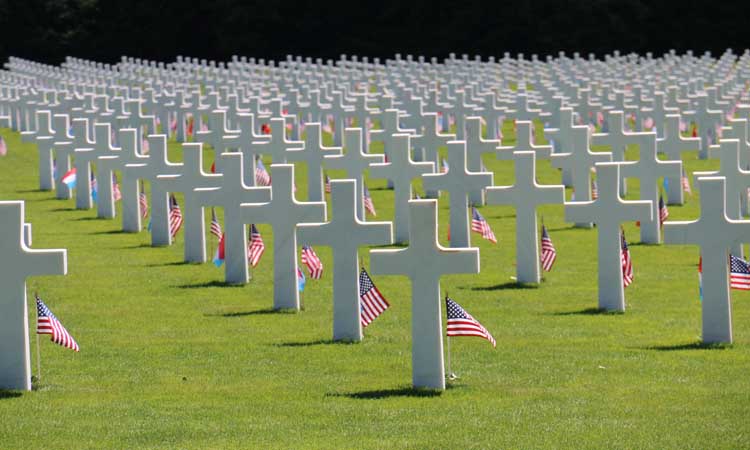 On 27th May, 2017 the U.S. Embassy Luxembourg and the American Battle Monuments Commission held their annual Memorial Day ceremony at the American Military Cemetery and Memorial in Hamm. Several hundreds of participants gathered under a warm and sunny summer sky to pay tribute and remember those servicemen and women who have died while serving in the armed forces of the United States of America.

The ceremony kicked off with the presentation of the Colors by the Honor Guard of the 52 Fighter Wing, U.S. Air Force base Spangdahlem, Germany, followed by a fly-over of a single U.S. Air Force a C-130J air carrier assigned to the 37th airlift squadron of the 86th airlift wing based at Ramstein Air Force base, Germany. The aircraft was being piloted by SSgt Braatz and MSgt Galindo of the 2nd Air Support Operations Squadron of Vilseck, Germany.

The U.S. Embassy Luxembourg Marine Security Guards Detachment was represented by Sgt. Jonathan Rozada and Lance Corporal Paul David. The music entertainment was supported by the Miami University of Ohio’s Men’s Glee Club choir and the Luxembourg Army Military band. Like in previous years, several dozens of Luxembourgish and U.S. commemorative organizations, institutions and individuals laid each one a wreath. The ceremony concluded with the Luxembourg and U.S. anthems, a 21 gun salute/volley rendered and the retirement of the colors.