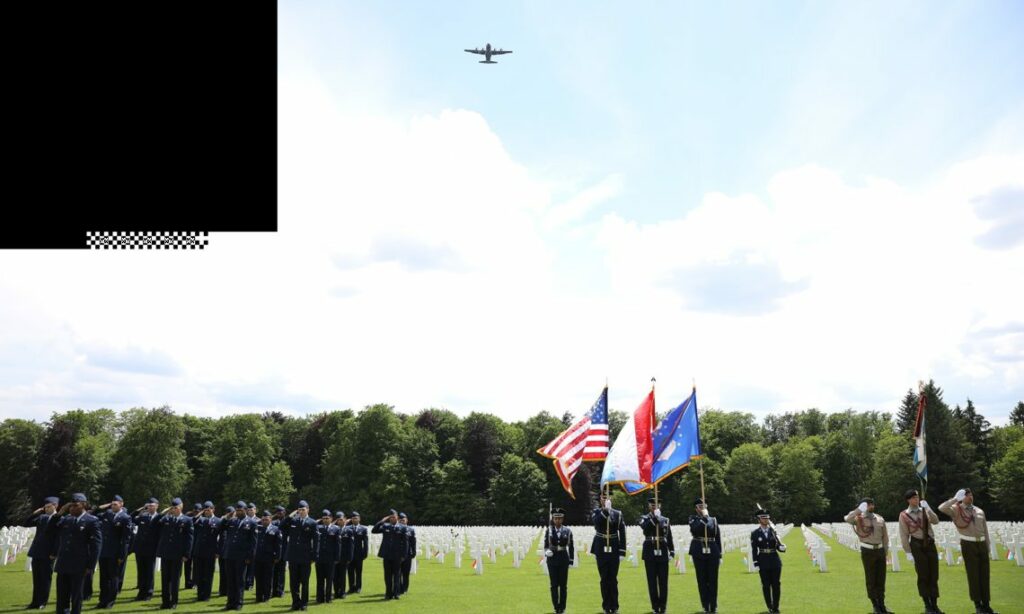 “This past Saturday I had the tremendous honor of hosting, together with the American Battle Monuments Commission, the annual Memorial Day ceremony at the Luxembourg American Cemetery.  It was a beautiful day, and an incredibly moving ceremony, and I’m grateful that we were able to have so many distinguished guests join us.” -Amb. Evans

The ceremony commenced with the presenting of the colors by the 52nd Fighter Wing Honor Guard and the Luxembourg Army Color Guard, as well as a flyover by the 37thAirlift Squadron, 86th Airlift Wing.  Following the opening remarks, the invocation was given by Prof. Dr. Dr. Jean Ehret of the Archdiocese of Luxembourg.

Remarks were then made by U.S. Ambassador to Luxembourg, J. Randolph Evans, and the Prime Minister of Luxembourg, Xavier Bettel, followed by a prayer of remembrance from Mr. David Dana of the Jewish Consistory of Luxembourg, and remarks from Lt. General Steven L. Basham, Deputy Commander, U.S. Air Forces in Europe and Air Force Africa.

The official party then took part in a wreath laying ceremony, which included wreaths presented for HRH the Grand Duke, The United States of America, The Luxembourg Chamber of Deputies, The Government of Luxembourg, The Council of State, The City of Luxembourg, and The Armed Forces of the United States followed by several dozens of local organizations and authorities which every year lay a wreath to pay their respects to the soldiers who sacrificed their lives for their country and freedom around the world.

The Ceremony concluded with the 21-gun salute by the 52nd Fighter Wing Firing Detail, Taps, and the national anthems performed by the U.S. Air Forces in Europe Band, ending with the benediction from Chaplain Commander Jack L. Carver, and the retiring of the colors.