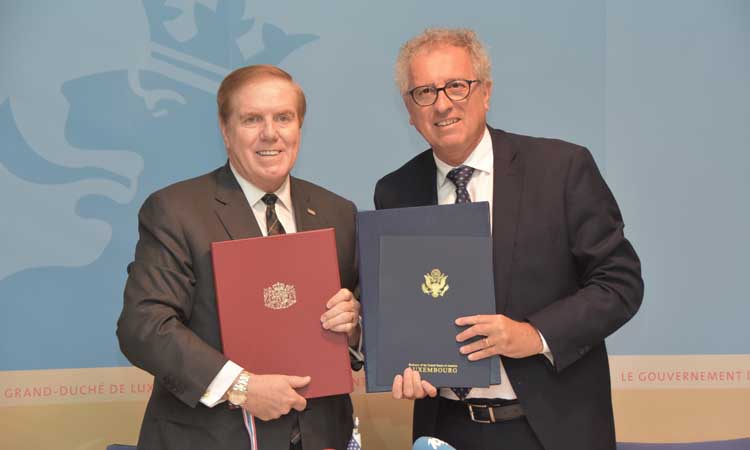 On 9 September 2019, Pierre Gramegna, Minister of Finance of Luxembourg and J. Randolph Evans, US Ambassador to Luxembourg, announced that the respective ratification procedures of the Protocol amending the Double Taxation Convention have been completed, thus bringing the Protocol into force.

By exchanging the instruments of the Protocol, both countries acknowledge the ratification of the 2009 Protocol amending the Convention between the Government of the United States of America and the Government of the Grand Duchy of Luxembourg for the Avoidance of Double Taxation and the Prevention of Fiscal Evasion with Respect to Taxes on Income and Capital.

The new Protocol replaces the existing treaty’s exchange of information article with one that follows the approach of the U.S. model income tax treaty and the Organization for Economic Cooperation and Development (OECD) Model Tax Convention on Income and Capital.

It will become effective for requests for information made on or after the date of entry into force for tax years on or after 1 January 2009. The provisions of the Protocol, which allow for information held by financial institutions to be exchanged on request between Luxembourg and the United States of America are complementary to the Intergovernmental Agreement on FATCA signed on 24 March 2014 and adopted by the Law of 24 July 2014.

Pierre Gramegna comments: “By aligning the convention to the internationally agreed standards of the OECD on the exchange of information on request, this protocol will help ensure better and simpler cooperation between our tax authorities. It is another common step in the further consolidation of our already excellent financial relations.”

Ambassador Evans comments: “Luxembourg and the United States house the two largest financial centers for investment funds in the world. This protocol ensures our bilateral tax treaty is in accord with OECD standards for information exchange and improves transparency in the banking sector, marking yet another significant step in our relations as we work toward a secure and prosperous future together.” 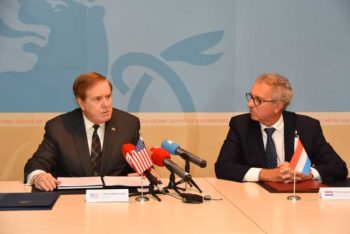