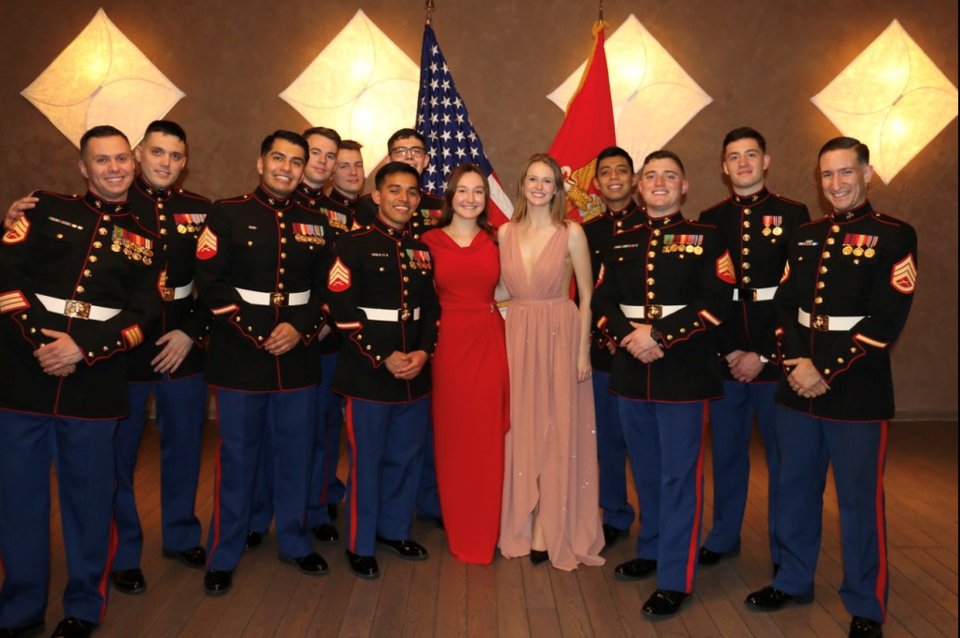 For several years the U.S. Embassy Luxembourg has been collaborating with Miami University Dolibois European Center, named after John E. Dolibois, a native Luxembourger and United States Ambassador to Luxembourg from 1981 to 1985. Along with Ellie Walker, Maggie Angevine, and Grace Kruis, Caroline Haubenstricker recently concluded her internship at the U.S. Embassy. The Public Affairs Team caught up with Caroline to look back at her experience in the Grand Duchy.

Why did you decide to apply for the internship at the U.S. Embassy?

As a senior at Miami University majoring in Journalism and Global and Intercultural Studies, this was a great opportunity to understand how a U.S. Embassy engages and works with local audiences. For example, I was able to understand more about the Embassy’s cultural and educational exchange programs, media relations, and communication. I also wanted to learn about international issues from a different perspective, including those impacting both Luxembourg and the United States. Located in the “heart of Europe”, the internship in Luxembourg offered this possibility.

What were some of the activities you did during the internship?

I helped with the daily media snapshot, compiling relevant local and global news. I also helped with several events, including the 246th annual U.S. Marine Corps Birthday Ball, where Marines and their guests came together to celebrate the founding of the Marine Corps. Furthermore, I attended the 77th anniversary of the American liberation of Pétange. During this moving event I saw that the memory of the American liberation of Luxembourg in WWII remains strong amongst the local population.

What will you miss about Luxembourg?

Luxembourg is an undiscovered gem. It is a small country, but filled with a lot of history, culture, and delicious food. It is also very multicultural, and it was interesting to learn that almost half of the population is composed of foreigners. I will miss the country’s picturesque landscapes, safeness, but most all the people that I have met! Goodbye/Äddi Luxembourg!

The U.S. Embassy thanks all Miami University Interns for their collaboration!