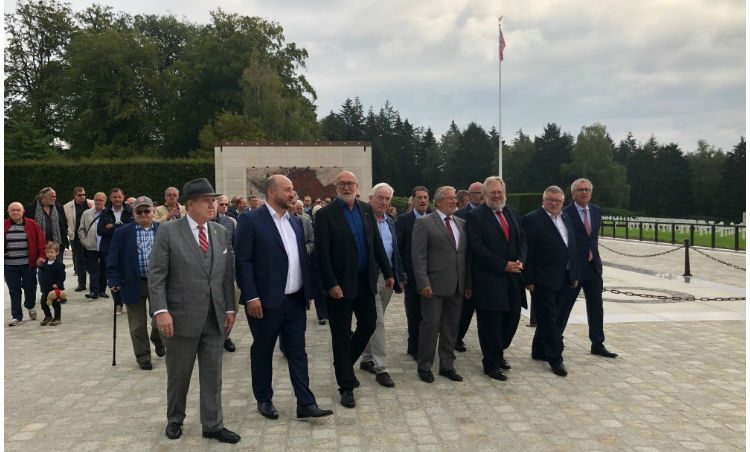 On September 3rd, 2018 Ambassador Evans attended the American Labor Day wreath-laying ceremony, organized by the Luxembourg Trade and Workers unions OGBL and FNCTTFEL (the National Railway and Public Transport Union) at the American Military Cemetery and Memorial in Hamm.

Each year, by laying a wreath at General George S. Patton’s grave, this ceremony commemorates the U.S. soldiers fallen during WWII, many of whom where workers before joining the military.

Members of the unions, politicians as well as members of the Luxembourgish resistance and commemorative groups were present again this year; André Roeltgen President of the OGBL union, President of the Chamber of Deputies Mars Di Bartoloméo, Luxembourg Minister of Economy and Defense Etienne Schneider, Luxembourg Minister for Finance Pierre Gramegna and MP Marc Angel to name just a few.