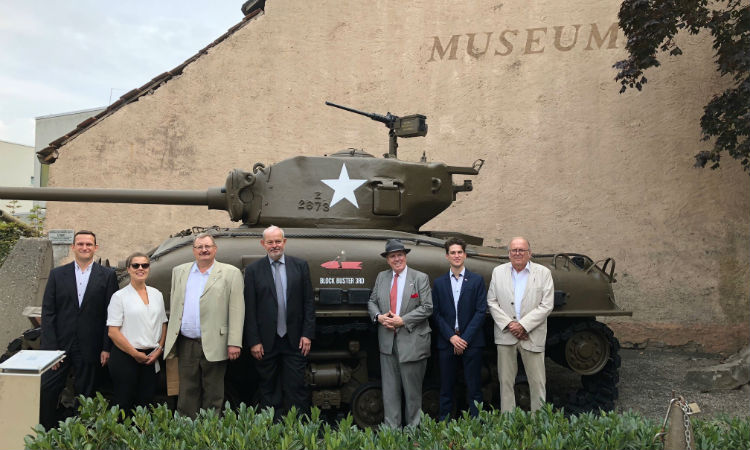 Created in 1984 by collectors, volunteers, and enthusiasts of military history, Luxembourg’s National Museum of Military History or, in French, the Musée national d’histoire militaire (NMMH), is guided by one key mission: the balanced, impartial, and objective representation of the historical facts of the “Battle of the Ardennes”, more commonly known as the “Battle of the Bulge.” This battle was a defining point in WWII.

The displays and dioramas realistically show how the soldiers and civilians lived through this tragic battle. The NMMH, due to its collections of weapons, vehicles and diverse equipment makes a concerted effort to illustrate the technical and logistic evolutions within the armed forces of the two parties. The Enigma machine is one of the numerous artifacts that draw people to the museum along with numerous life-sized and carefully researched dioramas.

Furthermore, the NMMH maintains a deep respect and gratitude for all soldiers who died for the liberation of Luxembourg, largely including American lives. Serving as a gathering place for allied and German veterans, the NMMH functions as a catalyst in promoting remembrance, reconciliation, peace and diplomacy as a key means to avoiding devastating wars like WWII in the future. At the same time, the museum has come to symbolize Luxembourg’s respect and gratitude for its Allied and American liberators.

Beyond highlighting the Battle of the Bulge history of Luxembourg the NMMH also emphasizes the commitments made by the Luxembourgish Government in relation to NATO and the European Union in the shared task of preventing conflicts and the management of the crises within the framework of the United Nations.

After the visit, Ambassador Evans signed the museum’s guest book by these words: “Thank You for your heroic efforts to help make sure we never forget the sacrifices for Liberty and Freedom”.

For complete Photo Album of the visit, click here.