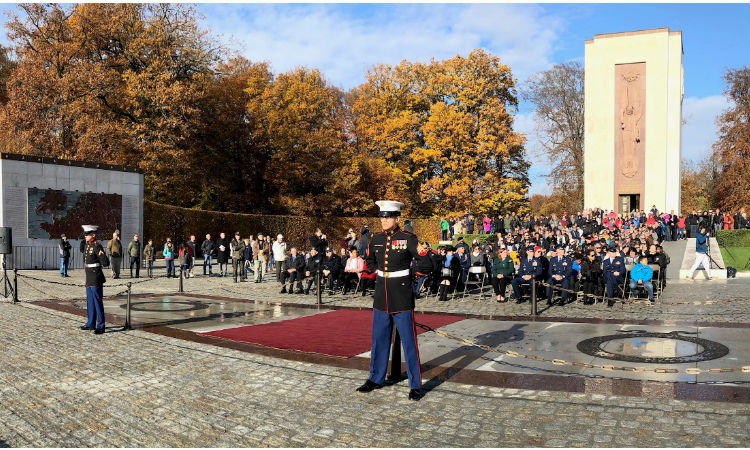 In the presence of Ambassador Randy Evans and his wife Linda, the Commander of the 52nd Fighter Wing out of Spangdahlem Air Base in Spangdahlem, Germany, Colonel Jason Bailey, the U.S. Embassy Brussels Office of Defense Cooperation, Lt. Colonel Deck Pileuk, as well as, the U.S. Veterans Friends Luxembourg association and the Patton Alliance foundation, this year’s ceremony featured the presentation of the colors, remarks by Ambassador Evans, a wreath laying ceremony, a 21 gun salute, taps and the U.S. national anthem played on the chapel carillon. Over 300 people attended the ceremony.