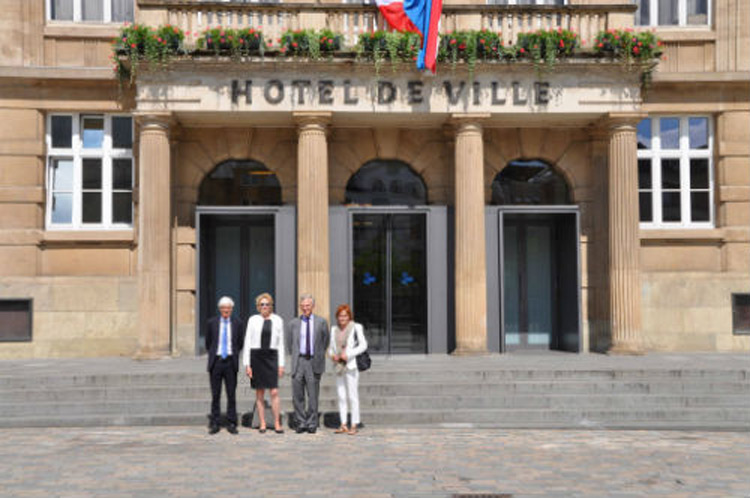 On July 18th, Ambassador McKean and Ms. Kaye had an official town visit to Esch-Alzette, Luxembourg’s second largest city. At the city hall, they met with Mayor Vera Spautz and several members of the City Council. After that meeting, altogether they walked through the pedestrian street of Esch, which is known to be the longest one in the country. After a fabulous lunch at restaurant Favaro, the Ambassador and Ms. Kaye visited the local synagogue, where they met with Rabbi Alexander Grodensky and members of the local Jewish community. The visit ended a guided tour by Director Frank Schroeder of the National Resistance Museum.