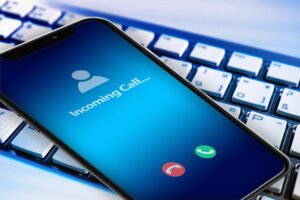 Luxembourg’s Ministry of Justice has reported that people in the Grand Duchy have been receiving fraudulent calls from imposters claiming to be from the Luxembourg Police, Interpol, or Europol and requesting personal data. These calls are a scam and have been reported as being in English and French and starting with the “671” digits. Sometimes the calls are a pre-recorded tape, also known as a “Bot Call”.

Should you receive such a fraudulent call, the Luxembourg Police recommends the following:

Ignore the call without hanging up, so as not to give the scammers a clue that your number is still in service.

Block the caller on your phone.

Never give out personal information over the phone.

Do not respond to any demands or threats.

Check your phone bill and report if you are illegally charged an amount to the police.