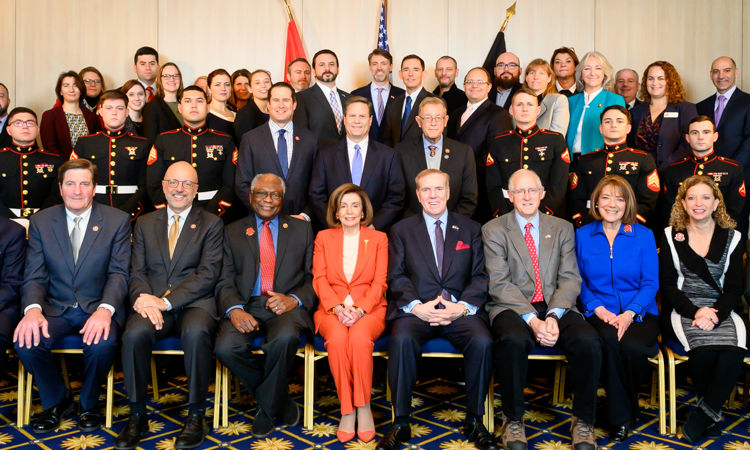 Ambassador Evans and the team at U.S. Embassy Luxembourg hosted Speaker Nancy Pelosi and her congressional delegation for briefings on U.S. diplomacy in Luxembourg. Following that, the delegation was received by Grand Duke Henri, President Fernand Etgen and the Luxembourg Chamber of Deputies, and Prime Minister Xavier Bettel. These valuable interactions between executive and legislative counterparts from the U.S. and Luxembourg are building on the already strong bond between our two nations, forged when American soldiers liberated Luxembourg from tyranny of Nazi rule 75 years ago and preserved by our close work on mutual interests on security, economics, and cultural understanding every day.