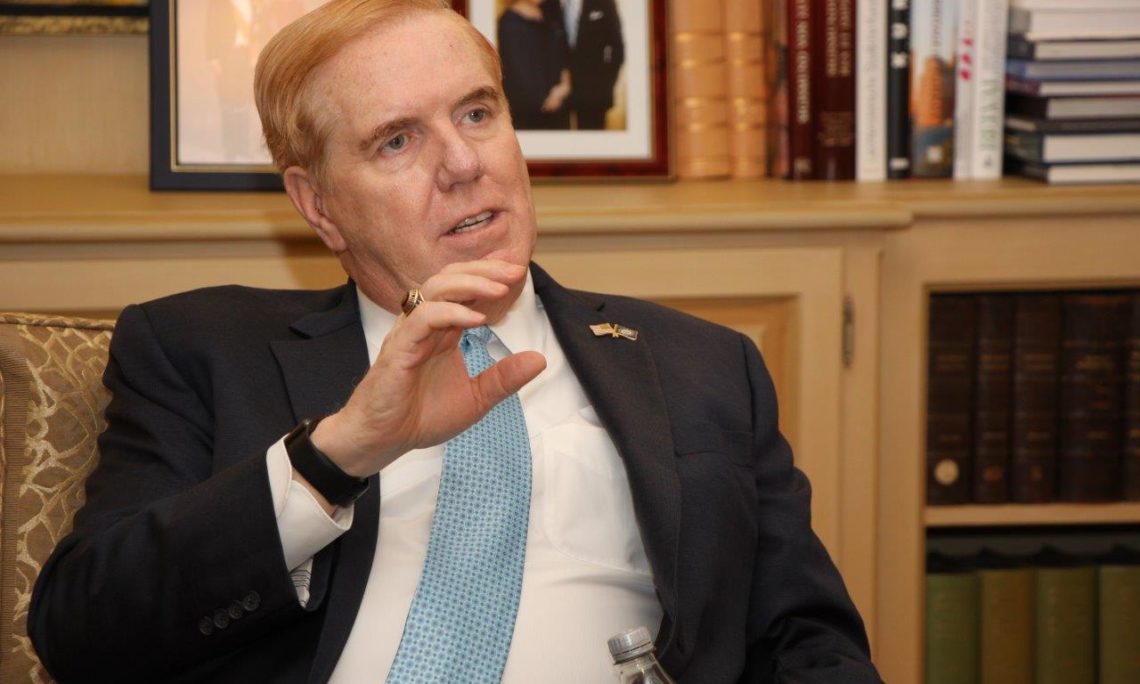 The Achilles Heel of democracies around the world is the vulnerability of open and free elections to malign influence.  Strict adherence to the ‘rule of law’, the cornerstone of all democracies, dictates that governments accept election outcomes regardless of the influences that lead to it.

The result necessarily means that those intent on undermining democracies need not resort to military power or intimidation to overthrow a government. Instead, they need only undermine the integrity and reliability of elections through whatever means they deem necessary to achieve their end. The rule of law will do the rest.

This vulnerability enables overconfident leaders like Nikita Krushchev, the First Secretary of the Communist Party of the Soviet Union to boldly assert in 1956: “We will take America without firing a shot. We do not have to invade the U.S.”

Although the exact meaning and content of Mr. Krushchev’s comments are still debated, the gist of Russian objectives has never been in doubt. Soviet defector Nicholas Goncharoff’s testimony in 1954 purporting to quote Vladmir Lenin explained it aptly:

First, we will take Eastern Europe, then the masses of Asia, then we will encircle the United States which will be the last bastion of capitalism. We will not have to attack. It will fall like an overripe fruit into our hands.

Of course, much has happened since the Cold War. Yet, no one seriously doubts the overwhelming evidence of Russian attempts to influence open and free elections around the world, including in the United States.

Not even Russia denies it.

When asked specifically by a Luxembourg journalist about how Russia feels regarding European Commission suspicions of Russia’s potential interference in the European election scheduled for May, Mr. Medvedev said “suspecting someone of an event that has not yet happened is a bunch of paranoid nonsense,” adding… “let them come up with some evidence after the election. Then we will look into it.”

Of course, no one is fooled by such amateurish word games.

Even before the 2016 United States Presidential elections (which Russian undoubtedly attempted to influence), the EU established in 2015 the East StratCom Task Force dedicated specifically to countering Russian influence. In 2017, the office received a dedicated budget of 1.1 million Euros per year for 2018-2020.

In December 2018, the European Commission announced plans to significantly increase the office’s budget and staff. But such efforts to combat maligned Russian influence extends beyond the EU and its Member states.

In January of this year, Facebook announced that 364 pages and accounts will be closed, due to “engaging in coordinated inauthentic behavior as part of a network that originated in Russia and operated in the Baltics, Central Asia, the Caucasus, and Central and Eastern European countries.”

The whole statement can be found here1. In short, Facebook has identified 364 pages and accounts that claim to be independent news pages, but are in reality part of a coordinated operation, led by Russian state actors: in this case, the state owned Russian news agency, Sputnik.

In February, Microsoft announced that it had discovered cyberattacks2 against several democratic institutions, think tanks, and non-profit organizations in Europe, totaling 104 breach attempts. The hacks took place between September and December 2018, affecting institutions including the German Council on Foreign Relations and European offices of The Aspen Institute and The German Marshall Fund.

In light of these latest attacks and persistent security concerns about the upcoming European elections, Microsoft has confirmed the rollout of a free cybersecurity service to twelve EU nations designed to help them close their security gaps.

Microsoft spoke plainly about the severity of the threat: “The attacks we’ve seen recently suggest an ongoing effort to target democratic organizations. They validate the warnings from European leaders about the threat level we should expect to see in Europe this year.”

Contrary to the Russian Prime Minister’s characterization, this is not about “paranoid nonsense” as Russia attempts to lead people to believe. Instead, it is about the defense of democratic institutions from the malign influences of an increasingly aggressive Russian effort seeking to undermine and, if possible, destroy open and free democracies.

Recognizing reality, in December of 2018, the EU presented an Action Plan3 aimed at tackling online disinformation in EU countries and beyond in response to Russian disinformation campaigns targeting EU voters. Indeed, efforts to stop the Russian propaganda machine do not stop there.

Make no mistake. Russia and its operatives, already subject to sanctions including brand new sanctions from the EU, U.S. and Canada for election meddling, will not stop now. As the EU elections approach, watch as Russia ramps up its efforts to undermine the EU elections for their own political purposes in an effort to use democracy against itself.

It is why governments and voters must be more vigilant than ever against these malign influences or else risk suffering the fate Mr. Krushchev referenced over a half century ago. The risks are simply too great to look the other way.