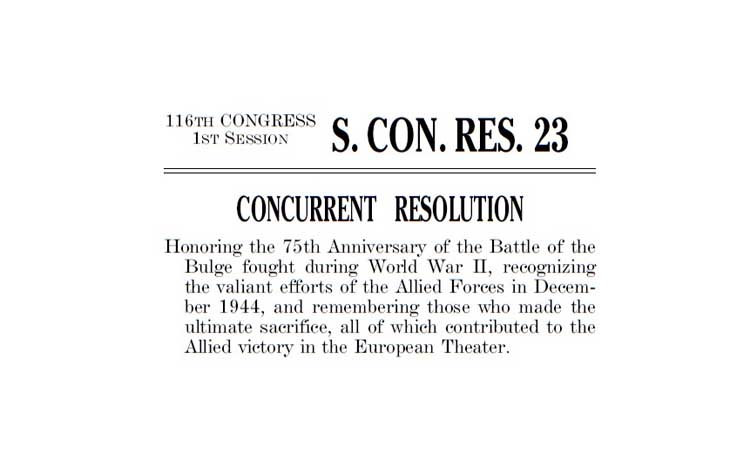 The Senate passed a resolution honoring the 75th Anniversary of the Battle of the Bulge fought during World War II, recognizing the valiant efforts of the Allied Forces in December 1944, and remembering those who made the ultimate sacrifice, all of which contributed to the Allied victory in the European Theater.