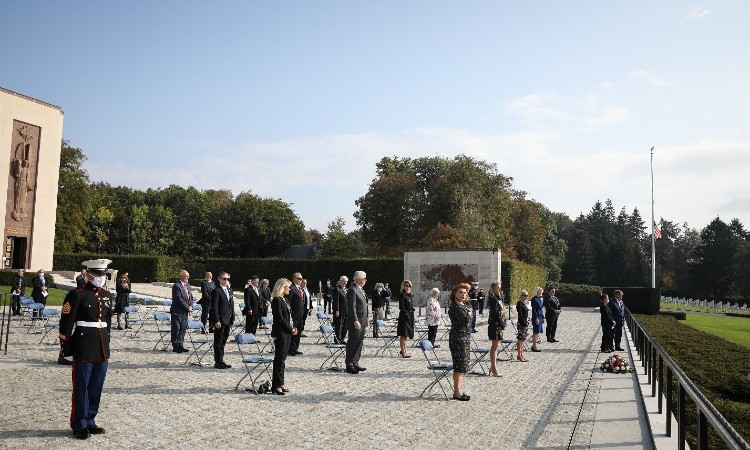 U.S. Ambassador to Luxembourg J. Randolph Evans hosted U.S. Ambassadors from across Europe for a Chiefs of Missions September Summit here in the Grand Duchy on September 22-24, 2020.

“It was a momentous week with American Ambassadors from across Europe all here in Luxembourg. These leaders have made great advances in U.S.-European relations and bringing them together in Luxembourg is a continuing sign of the importance of this country in the U.S. and Europe. Our group of Ambassadors participated in various strategic discussions including meetings and conversations with leaders from the Government of Luxembourg and the European Court of Justice.”

Prime Minister Xavier Bettel hosted the group Wednesday morning. The group then visited the American Battle Monuments Commission Luxembourg American Cemetery where they paid their respects to the great men and one woman that rest there.

The Ambassadors then met at the European Court of Justice (ECJ), where they visited with President Koen Lenaerts, the President of the ECJ.

Luxembourg Deputy Prime Minister François Bausch, Minister of Finance Pierre Gramegna, and Minister of the Economy Franz Fayot hosted a discussion at Bourglinster for the Ambassadors, highlighting the strong bonds between the United States and Luxembourg as leaders in finance, space, and trade.

The Chiefs of Mission who attended the September Summit were:

Other U.S. officials in attendance were:

For a compilation of photos from this week’s events, please see the U.S. Embassy Luxembourg Flickr page.