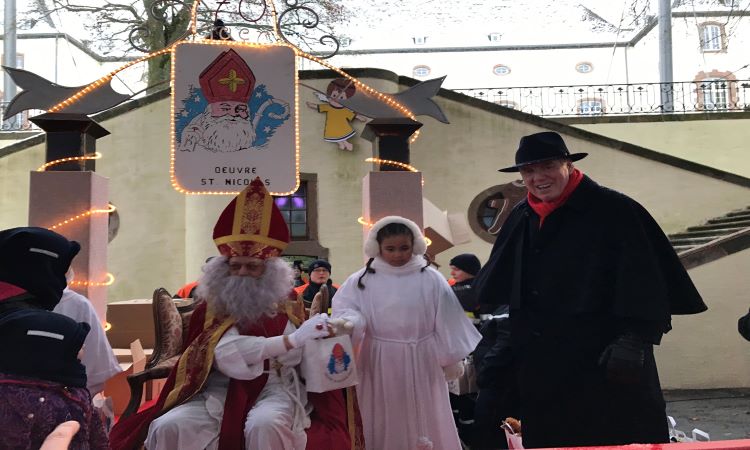 On December 1st, 2019, Ambassador Evans joined Mayor Arndt and crowds in Wiltz in the cold snow to celebrate the 75th Anniversary of American St. Nick Day! This day celebrates the story of Richard Brookins and the 28th Infantry Division aka the Keystone Division that occupied Wiltz during the liberation of Luxembourg during WWII. After years of missing Christmas, the troops dressed Richard Brookins in the priest’s garments, with two angels as helpers and a jeep as a sleigh, and road him down the streets of Wiltz to the castle. There, he and the troops gave out candy and treats to many children who had not seen Christmas in years and some who had never experienced such a wonderful celebration! Today, as with every year since, the people of Wiltz and from across Luxembourg joined Richard Brookins’s family and the Ambassador to reenact the joyous event and celebrate together!