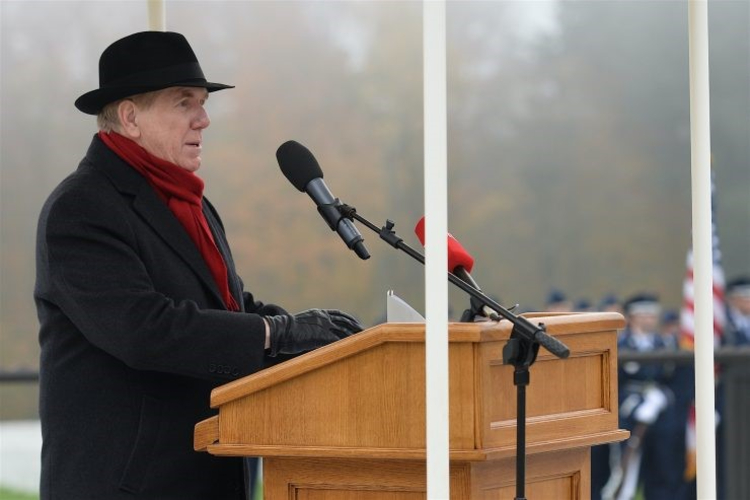 Ambassador Evans sat down with Luxembourgish daily Tageblatt to discuss racism in the U.S. and worldwide, in the wake of civic unrest in the U.S. and protests held at the U.S. Embassy in Luxembourg Friday afternoon. Below is a translated version of the article which can be found here: https://www.tageblatt.lu/headlines/us-botschafter-der-wandel-muss-von-innen-kommen/

Interview with J. Randolph Evans / US Ambassador: “Change Must Come from Within”

“I heard and understood you,” US Ambassador J. Randolph Evans informed the 1,500 demonstrators who had gathered in front of his residence in Limpertsberg on Friday to show solidarity with the protests in the United States. Earlier, Ambassador Evans had received the daily newspaper to talk about racism, equal opportunities, and the deep rift that is currently dividing the United States into several camps.

Tageblatt: Mr. Ambassador, honestly: does the United States have a racism problem?

Randolph Evans: Yes. Racism has the whole planet in its grip. Why would the United States be an exception? But one should not forget that the current situation in the United States is not just about racism. Many people have become frustrated by the shutdown due to the health crisis. It only took a small spark to detonate the powder keg. Wounds were torn open that have not healed to this day. We Americans have made our fair share of mistakes. I only fear that if the protests are nipped in the bud we cannot improve as a people. Our nation is based on an action by the citizens of Boston who threw tea overboard the British merchant ships in the port. Protest is in our DNA.

However, problems cannot be dismissed out of hand. Especially when it comes to minorities, there are still numerous differences …

Before the health crisis, the country was on the way to a meritocracy in which demographic factors are less and less involved. President Trump does not get enough credit for this. Of course, there are still demographic differences, the wounds are still there. However, employment figures for minorities were at a record high before the pandemic broke out. More and more people had the opportunity to complete an apprenticeship, to find a job, to found a home, to feed their family – regardless of their skin color. At least we were one step closer to equal opportunities. I was aware we would not make it through the pandemic unscathed. We have too many shortcomings for this. I just didn’t know which drop would eventually overflow the barrel. You cannot build up infinite pressure without an explosion. At least I hope that the wounds are now open to heal.

Isn’t the extent of the violence in the protests also evidence of a deep division within the population?

I agree, but with the reservation that the violence must be clearly separated from the protests. Violent behavior aimed only at harming people and property is not a protest. It is simply illegal behavior that must be punished. Change can only exist in the long run if people’s consciences are appealed to. Sustainable change cannot be imposed with laws, violence, or the might of the military. As highlighted by Dr. Martin Luther King Jr. and Mahatma Gandhi: Change must come from within.

The president is accused of not trying to achieve unity in the country. Most recently, former Defense Secretary General James Mattis turned against him: Donald Trump was trying to split the country. What do you think?

The fact is that before the pandemic broke out, more and more Americans, regardless of their ethnic origin, had the opportunity to realize the American dream. Never before have so many people in the United States had access to education or paid jobs. As much as I appreciate his service to the United States, General Mattis, as a military career officer, is not in the best position to really assess the impact of the increased economic strength. But the fact is that we have to strengthen every minority in the country. And we have to make sure that every single citizen really benefits from equal opportunities. It was missed for many years. Be it at work, at school or anywhere else: Everyone who works hard should also receive the wages they deserve.

Nevertheless, many young black people still have to fear for their lives today if they are stopped by the police. As privileged whites, however, we can hardly put ourselves in this position.

During my high school years, I had an African-American friend. Where I grew up (Georgia, Ed.) that was very unusual at the time. On a joint trip to Panama City in Florida, we were suddenly stopped by a police patrol around 2 a.m. in Alabama. My friend immediately said: “Quick, put your arms out the window!” Of course I was perplexed, but he held on to his request. When I confronted him, he said, “I want the cops to know that at least one of us is white.” This moment turned my whole world upside down. Until then, I would never have thought that something like this could ever happen. But for him it was everyday life. Since then I have tried to put myself in a different position in every situation. And that applies not only to people of different skin color, but also to women or members of the LGBTQ community. Since that evening I have known that the diversity of my fellow human beings makes me a better person. Not because one of us is better than the other. But because we all have a different perspective.

Is the solution to a complex problem only an exchange?

Perhaps. But first the wounds have to heal. Unfortunately, many people find it difficult to talk about painful memories. It is also not always easy to understand another person’s pain. As a young lawyer, I was the chair of a suicide prevention task force in Atlanta. We also met survivors, many of whom did not want to talk about their pain or attempted suicide. Incidentally, this also seems to be a huge problem in Luxembourg that nobody wants to talk about. But how should we find a solution if we can’t even talk about it? Or worse, if we pretend the problem doesn’t exist.

It was not the first time that a black man had been killed by police violence. So far, however, the correct consequences have never been drawn. Will that change now?

I hope that this incident at least raises awareness of looking racism in the eye. Perhaps the COVID crisis is helping to clean up and eliminate distractions that otherwise obscure our view. Perhaps we, as a nation, will also realize that the inequalities only widen by economic inequalities. And how we have to put ourselves in order to finally make progress. I am often accused of always looking for a silver lining. But I sincerely hope that the past few weeks and months have helped us to reveal the wounds. So that they can finally heal. 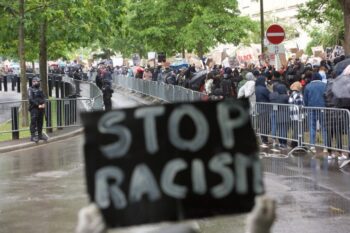 Recent events have left deep wounds in the United States. According to Ambassador Evans, the protests could help heal these wounds. (Photo: Editpress / Fabrizio Pizzolante)