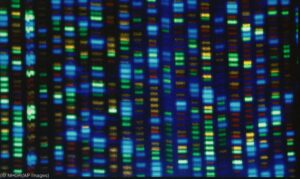 Biotech products and solutions generated about $1 trillion in revenue worldwide in 2021, up 34% from five years ago, according to the 2021 Global Biotechnology Innovation Scorecard, which rates the United States as the leader in such breakthroughs.

“The United States has definitely been a leader in biotechnology for many years and continues to expand the field,” said Natalie Betz, an academic director of the University of Wisconsin–Madison School of Medicine.

A cornerstone of biotechnology is genetic engineering, a process by which scientists alter the genes inside a living cell to change its traits and develop new products. (Genes are made up of DNA, which are the molecules that provide the instructions for a cell’s function.)

In 1988, the U.S. laid the foundation for modern genetic engineering when Congress funded the creation of the Human Genome Project, an international collaboration to map and sequence the human genome. (A genome is a kind of instruction manual for how to build a living organism.) Most of the map was completed by 2003, sparking thousands of medical discoveries — from cancer treatments to hereditary-disease fixes to organ revitalization. In March, a scientific team led by Americans completed the human genome map. 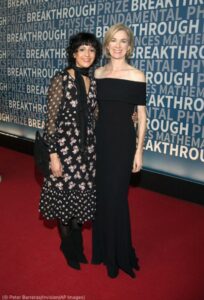 Here are three recent discoveries by American scientists that are advancing biotechnology:

Gene editing technology: Many U.S. scientists — including Jennifer Doudna, a biochemist at the University of California, Berkeley, and Emmanuelle Charpentier, a biochemist and director of the Max Planck Unit for the Science of Pathogens — worked on a technique for “editing” genes called CRISPR (clustered regularly interspaced short palindromic repeats). The technique enables scientists to change and turn on and off a cell’s hereditary instructions. The discovery has had wide-ranging impacts on medicine. It is being used to treat previously incurable diseases, such as sickle cell disease, and to develop new medical diagnostic tools, such as optogenetics, that enable researchers to look more deeply into how the brain functions. In 2020, Doudna and Charpentier won the Nobel Prize for their work together on CRISPR.

Synthetic biology: J. Craig Venter, a biotechnologist and a lead researcher on the Human Genome Project, created the first synthetic bacteria. The synthetic bacteria’s genome was constructed in a lab, rather than being born or evolving from another living bacterium. Following on Venter’s heels, two scientists, Bill Banyai and Bill Peck, married their expertise in semiconductor manufacturing and genome sequencing to manufacture synthetic genes. Their company, Twist Bioscience, provides synthetic genes to companies to support biotech R&D (including the creation of new products such as next-generation antibiotics that bacteria can’t outsmart) and to support scientists building synthetic organisms.

Regenerative medicine: With scientists’ understanding of the human genome and how to manufacture organisms in labs, a growing number of researchers are working on building human tissue to replace body parts. In June, 3DBio Therapeutics, a New York City–based regenerative medicine company, announced that it had built a new ear for a young woman born missing a fully developed ear. The company used the young woman’s own cells to build an ear with 3D printing technology and then implanted it under a flap of skin where the ear should have been. Because the implant uses the cells of the host, the risk of the body rejecting the new ear is lower. The implant was considered the first successful medical application of tissue-printing technology and a big advance in the field of tissue engineering.

This article was originally published on ShareAmerica.gov by freelance writer Bara Vaida.