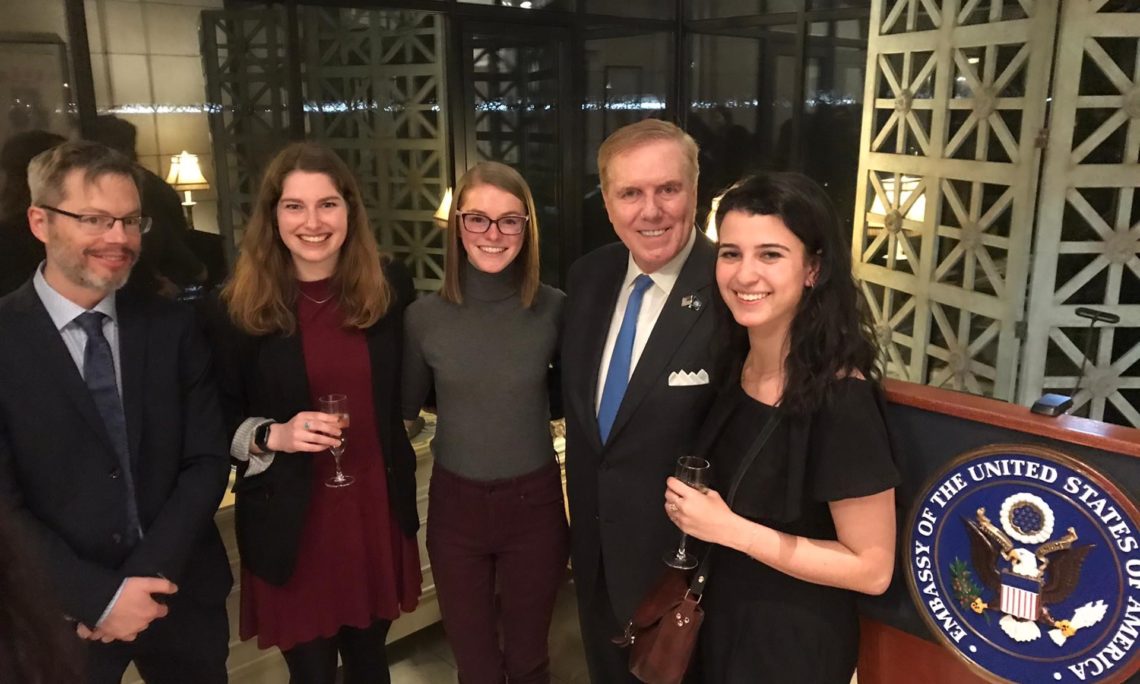 On February 4, 2020, the Ambassador and Embassy staff celebrated the 70th Anniversary of the Fulbright Program in Brussels and Luxembourg with current local scholars, alumni, board members, and friends. The Fulbright Program in Luxembourg is a highlight of the amazing academic bond shared between American and the United States. This also celebrated the annual EU Seminar to Belgium and Luxembourg for the American Fulbright students who are assigned to EU countries for this academic year. It was an amazing crowd bringing together so many from across the program and countries.

In Luxembourg, we have Fulbright grantees from America that teach English in local schools around Luxembourg. Fulbright also offers the opportunity for Luxembourgish students to go to the United States to study and conduct research at premiere universities across the country.

In 1945, Senator J. William Fulbright introduced a bill in the United States Congress that called for the use of surplus war property to fund the ‘promotion of international good will through the exchange of students in the fields of education, culture, and science.’ On August 1, 1946, President Harry S. Truman signed the bill into law, and Congress created the Fulbright Program, the flagship international educational exchange program sponsored by the U.S. Government.