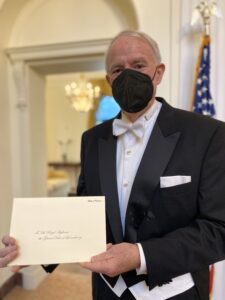 “From the west side of Milwaukee to the Grand Ducal Palace, I am tremendously honored and excited to start my next chapter here in Luxembourg as the U.S. Ambassador.  I am excited to build on the strong relationship our two countries share, which I have already experienced in my home state of Wisconsin – a place with a very special connection to Luxembourg.  I look forward to working together as close partners to advance our shared priorities on human rights and climate change, expand our collaboration in finance and space, and to defend our common values as NATO allies.  My wife Kris and I are especially eager to meet and connect with Luxembourgers across this small but truly grand country,” said Ambassador Barrett. 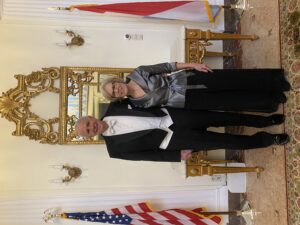 Ambassador Barrett previously served as the Mayor of Milwaukee from 2004-2021,  and was the longest-serving current mayor of one of the 50 largest cities in the United States before stepping down to accept the oath of office as U.S. Ambassador to Luxembourg on December 22, 2021.  From 1993 to 2003, he was elected to serve five consecutive terms in the U.S. House of Representatives. From 1989 to 1993, he was an elected member of the Wisconsin Senate, and of the Wisconsin State Assembly from 1984 to 1989.

His full official biography can be found here: https://lu.usembassy.gov/ambassador-thomas-barrett/.

For more information, please contact the Public Affairs section at the U.S. Embassy in Luxembourg at +352 46 01 23 21 or at LuxembourgPublicAffairs@state.gov