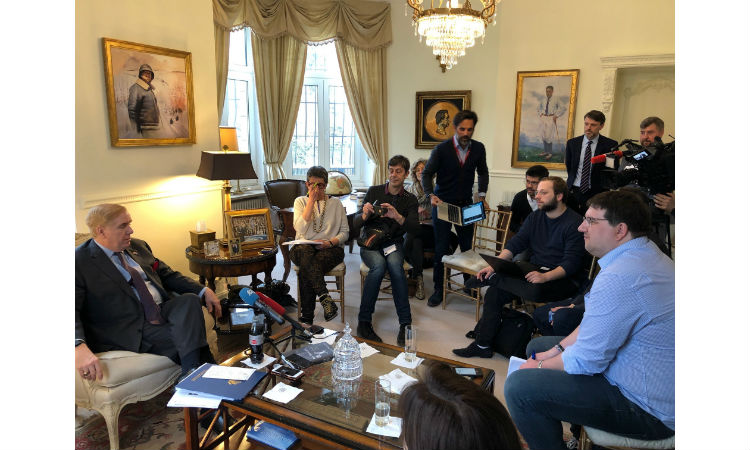 The U.S. Embassy in Luxembourg, responding to news of the Russian Prime Minister’s planned visit issued the following statement:

“Luxembourg and its government find themselves at a unique time and in a unique place for advancing the right of all countries and peoples to “stay what [they] are”.  It is a unique time as Russian Prime Minister Medvedev comes to Luxembourg just after the fifth anniversary of the illegal annexation of Crimea by Russia.  Luxembourg is a unique place because Luxembourg was twice in the position of Crimea – occupied by a larger foreign power insisting it give up its identity to become part of a larger empire.  Now, the world will watch to see if Luxembourg officials accept a different future for the people of Crimea than it insisted for itself, or will instead look the other way.   To challenge illegal aggression, Luxembourg is at the perfect moment, in the perfect place, to forcefully call on Russia to reverse course and leave Crimea. After all, who in Europe or even around the world has greater standing to raise this issue?”