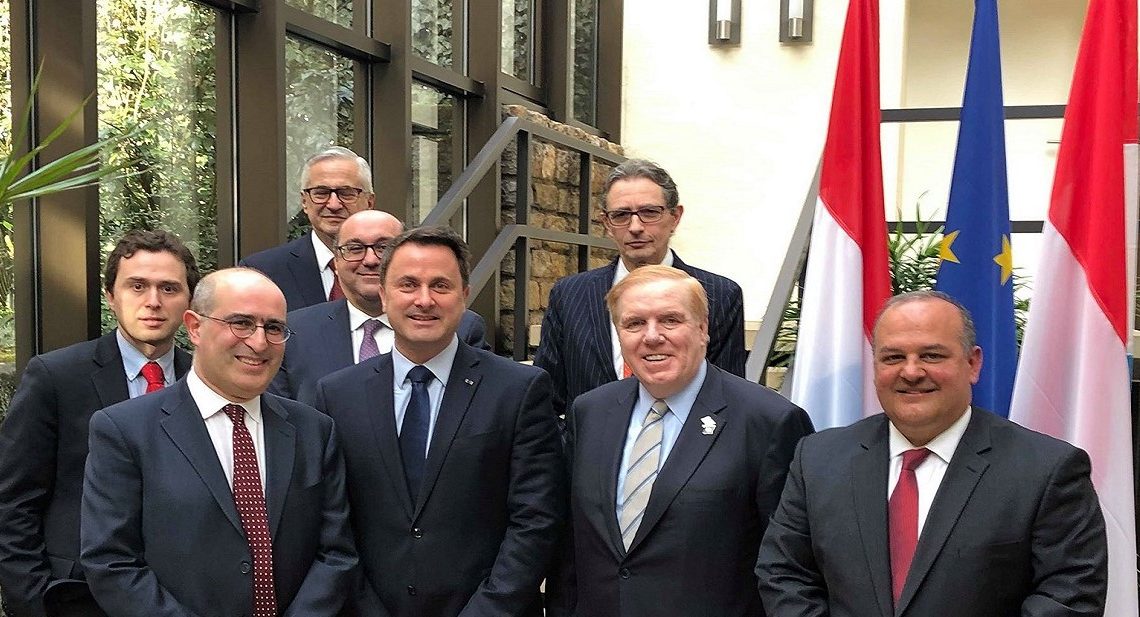 U.S. Ambassador to Luxembourg, Randy Evans, and U.S. Special Envoy for Holocaust Issues, Tom Yazdgerdi, led a delegation including leaders of the World Jewish Restitution Organization and the Jewish Community of Luxembourg, to a meeting today with Prime Minister Xavier Bettel, to discuss international efforts, including those of Luxembourg, to address remaining Holocaust-era property issues.

The delegation and Prime Minister discussed positive steps taken by Luxembourg regarding Holocaust issues, as well as, potential future actions that would address outstanding Holocaust-era asset issues.  They agreed to form a working group, composed of representatives of the Government of Luxembourg, the World Jewish Restitution Organization (WJRO) and the Jewish Community of Luxembourg, which will commence discussions immediately to formulate a process to address these open issues.  The parties envisage that they shall complete this work as soon as possible.

Ambassador Evans said of the meeting, “The Luxembourg government, under Prime Minister Bettel’s leadership, has taken significant steps to acknowledge and remember how the Holocaust was also carried out in Luxembourg during World War II under Nazi occupation.  I want to thank Prime Minister Bettel for meeting with our delegation to discuss our shared objective in continuing to allow Jews to seek compensation and restitution from the Holocaust.  We pledged to the Luxembourg government, the full support of the United States as it reviews options for compensating victims and restoring access to accounts.  We also look forward to Luxembourg’s upcoming chairmanship of the International Holocaust Remembrance Alliance (IHRA), where Luxembourg can showcase its leadership on Holocaust issues.”

Special Envoy Yazdgerdi saluted Prime Minister Bettel for keeping the memory of the Holocaust alive and encouraged the Luxembourg government’s continued efforts to resolve open property issues, especially as it accedes to the chairmanship of the IHRA.  “We are encouraged by the commitment of the Prime Minister to this important issue.”

“Prime Minister Bettel has been a leader in acknowledging the suffering of the Jewish community in Luxembourg,” said Gideon Taylor, World Jewish Organization (WJRO) Chair of Operations. “We look forward to rapid progress in completing the return of property that was taken in Luxembourg. Time is of the essence given the advanced age of the survivors.”

“There is great relief that this historical injustice will continue to be faced up to,” the Jewish Community of Luxembourg said in a statement.

Historical reports commissioned by the government in 2009 and 2015 detailed how the Nazis and their collaborators methodically robbed Jewish people of their every possession.  After World War II, around 1,500 Jews returned to Luxembourg.  Today, about 1,200 reside in the country.

The United States and Luxembourg are both members of the IHRA.  Luxembourg will assume the Chairmanship of the IHRA in March. The IHRA unites governments and experts to strengthen, advance and promote Holocaust education, remembrance and research worldwide, and to uphold the commitments of the 2000 Stockholm Declaration.