A ceremony to celebrate the U.S. Veterans Day in honor of all American military service members was held this morning at the Luxembourg American Cemetery. 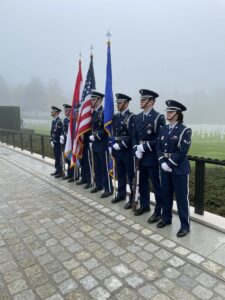 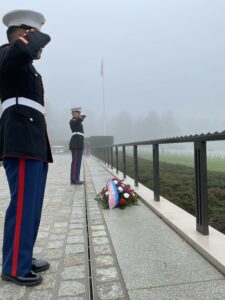 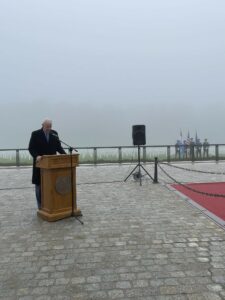 “Russia’s war of aggression against Ukraine has been a reminder of how fragile peace can be, even on the twenty-first century, even on European soil. On Veterans Day, we are reminded that the peace we enjoy comes at a price and we are humbled by the sacrifices members of the armed forces make in the name of our freedom,” said the United States Ambassador to Luxembourg, Tom Barrett.

Marked in Europe as Armistice Day, in the U.S., Veterans Day celebrates not only the end of the World War I, but also honors the brave men and women who have served in the U.S. Armed Forces at home and overseas to ensure the peace and freedom of millions of citizens around the world.