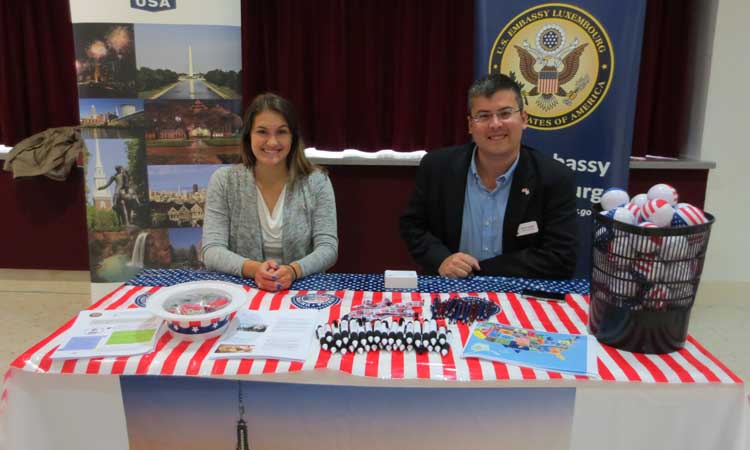 On Sunday July 2nd, the U.S. Embassy in Luxembourg and EducationUSA were represented at the Summer Festival organized by the Walfer Music band of the commune of Walferdange. The Summer Festival featured a ‘Spotlight on the USA’ featuring American music, American Foods such as Hamburgers, Hot Dogs and Corn on the Cobb. Both young and old came together and celebrated as well as learned about the United States.