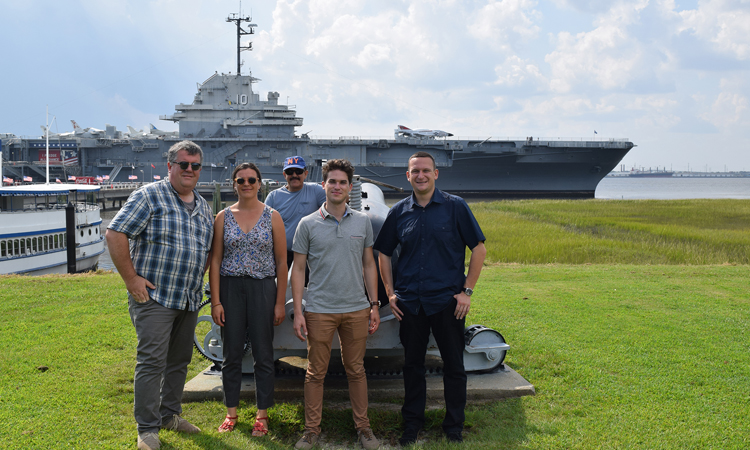 In September 2017, the U.S. Embassy and the Bureau of Educational and Cultural Affairs of the U.S. Department of State organized and sponsored an International Visitor Leadership Program (IVLP) in the U.S.

For ten days, a group of four Luxembourg museum administrators, historians and delegates of commemorative associations learned new and different ways of reaching out to young audiences, thus getting future generations involved in remembering and preserving the memory of WW2.

The program took the group from Washington, DC to Charleston, NC and Chicago, IL. Melanie PETTON, in charge of the “Land of Memory” program of the Regional Tourist Board of the Ardennes in Luxembourg, Benoit NIEDERKORN, director of theNational Museum of Military History, Philippe VICTOR, historian at the Museum of National Military History and Erny KOHN, president of Circle of Studies on the Battle of the Bulge – CEBA, attended round-table discussions, conferences and workshops, all aiming at improving best practices and developing new strategies for their museums and associations. They also visited numerous museums, Arlington cemetery, several memorials, as well as,  CV 10 “USS Yorktown”, a decommissioned aircraft carrier turned into a museum.